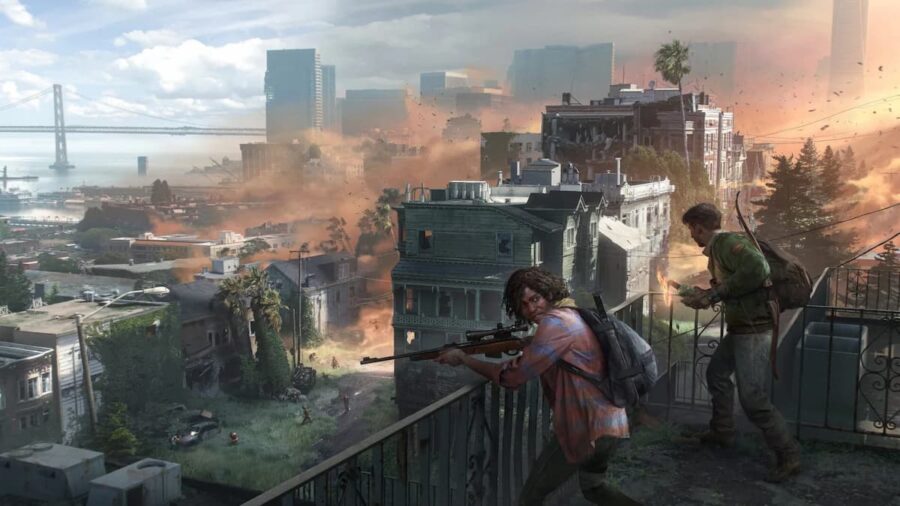 First look at the standalone Last of Us multiplayer game

Naughty Dog co-president Neil Druckmann made an appearance at the 2022 Summer Game Fest to share some exciting updates on the world of The Last of Us. During this showcase, Neil confirmed that they are almost ready to share more information about the standalone multiplayer game, but not today. Instead, he shared the first piece of concept art for the game. You can see the full concept art below.

Related: How long does it take to beat The Last of Us 2?

From this image, we can gather that the game looks set in the city of San Francisco. This is most obviously revealed by the inclusion of the Golden Gate Bridge out in the bay. Second, there seems to be a large sandstorm or firestorm that is moving through the city. This could hint at a closing circle battle royale game mode similar to Warzone or Fortnite. It could also just indicate some sort of dynamic weather, perhaps, but this is just speculation. There will no doubt be more news about this upcoming multiplayer title soon, and we will continue to provide you with news and updates through launch.

For more The Last of Us news, check out Everything we know about The Last of Us Part I Remake – Release date, platforms, & more! right here on Pro Game Guides.