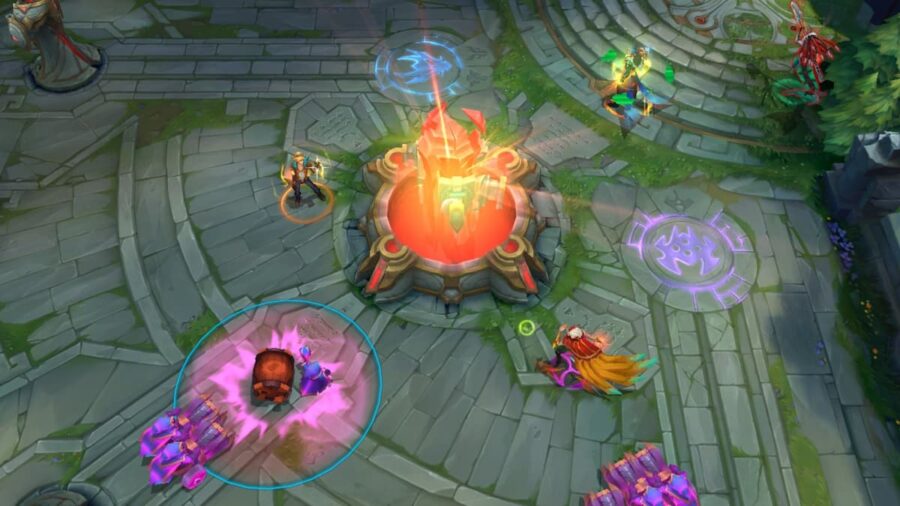 In League of Legends: Wild Rift, a team is only as strong as their weakest link. The efforts and co-ordination of every teammate is key to winning matches, and there are a ton of different factors to take into account, such as item builds, objectives, lane pushing, team fights, farming, and a lot more.

As such, focusing on everything at once can be a daunting task for someone who's only beginning to learn the ropes around the rift. Although the best way to learn is to simply play more games, the process can be sped up a lot if you go about it the right way. Here are a few fundamental tips and tricks that every beginner needs to understand to start dominating matches.

Wild Rift consists of three lanes and the jungle. Learning how each of these areas of the map functions and where to be at any given time is of the utmost importance. Although the lanes are pretty straightforward, the jungle is a lot trickier to navigate. However, if you wish to switch lanes quickly, the jungle is your fastest route. Hence, we recommend learning the map and all of its pathways as quickly as possible.

Wards are items that you place in different areas of the map to gain vision of your opponents or objectives like the Rift Herald, Baron, and Elemental Dragons. Not utilizing wards is one of the most common mistakes among newer players. Warding correctly can potentially be a game-changing factor, as it allows us to see where the enemies might be and take action accordingly. Be sure to always place wards in brushes and objectives, and avoid running into areas of the map without vision, especially in the late game.

Team composition is a key factor to determine how effectively your team can absorb and dish out damage in a gank. Every team needs a balance of tankiness, crowd control, damage, and wave clear. You can't always expect your team to build around you, so always pay attention to which champions your teammates pick, then select a champion who could potentially complement theirs. For example, if your team has tons of damage-dealing champions, try picking a healer or a tank.

This tip not only applies to Wild Rift but all MOBA games in general. Clearing the enemy minion wave and pushing turrets is not enough. Last-hitting minions grants you way more gold and allows you to farm faster. The faster you farm, the faster you can build items and the faster you become stronger than your opponents. Do not simply spam your abilities on minions. Rather, let the allied minion waves deal most of the damage, and only focus on getting the last hit on the enemy minion. The same goes for turrets.

Related: Ranking System in LoL Wild Rift – How It Works

Wild Rift is not a game where your number of kills determine the win. Capturing objectives like the Rift Herald, Baron, and Elemental Dragons will grant your entire team significant buffs that can turn the tides to your favor. If you are playing as the jungler, always clear the jungle quickly and help your teammates push lanes. This will allow you to capture objectives while the enemy is busy defending turrets and clearing minion waves. Remember to ward these objectives so you can see when the enemy tries to make a play for them.

Play A Variety Of Champions

Practice makes perfect—the more you play, the more you learn. When starting off in Wild Rift, play as many different champions as you can, as this will help you get familiar with them. Simply reading about champion abilities will not be nearly as comprehensive as playing them personally. Knowing how each champion operates will help you understand how to counter them in a fight and help you understand which role you are best suited to. Don't be worried too much about tier lists and meta—play any champion, learn, and have fun while you're at it!

Wondering which champions to start maining as a newbie? Check out Which beginner champions to unlock first in LoL Wild Rift, here on Pro Game Guides.