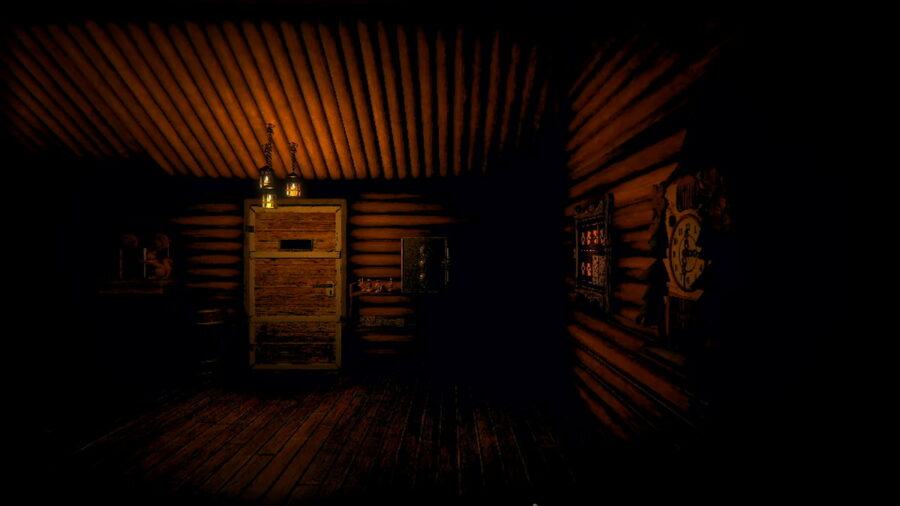 Once you've finished playing Inscryption, there is an Inscryption-sized hole in your heart. Since Inscryption is such a unique breed of game, it can be difficult to find game recommendations that fit the unsettling atmosphere it provides.

Yes, it is a deckbuilder, and yes, it is a roguelike, but there's a bit of magic that sets Inscryption apart from other games in its genre. Come join us as we list the seven best games like Inscryption.

Return of the Obra Dinn

Return of the Obra Dinn is a mystery game that was recommended by Daniel Mullins himself, the creator of Inscryption. The game sports an equally distinctive art style, testing the limits of imagination. The game looks different than anything we've seen before, with its detailed pixel-art.

Return of the Obra Dinn follows an insurance adjuster, who is called to examine a ship that has been marked as missing for years. One day, it cryptically appears at the coast, inviting you to explore the deck for clues of its past. Return of the Obra Dinn is a perfect game for players who are aching for a visually unique experience.

Darkest Dungeon may not mirror Inscryption's gameplay, but it shares the same unsettling vibes. Darkest Dungeon is a roguelike turn-based RPG where you follow a group of adventurers, who have been tasked with exploring the most grueling of dungeons. Each character possesses a gothic design, and various traits that determine their strengths and weaknesses.

Darkest Dungeon does include permadeath as a feature, forcing players to make tough decisions in fights. Will you spare your beloved adventurer and retreat or complete the boss fight for treasure? Questions like these often arise in Darkest Dungeon's gameplay, creating a fascinating tension between the physical limits of characters and the will of the player who pilots them.

Related: Who is the narrator in Darkest Dungeon

One Step From Eden

One Step From Eden is a deckbuilding roguelike with a grid for a battlefield. The game plays at breakneck speed, requiring players to think on their feet and avoid taking damage, as the damage taken persists between levels. The game is challenging, unique, and is incredibly rewarding.

For an idea of the gameplay, imagine Hades with a Slay the Spire deckbuilding system, played on an Inscryption battle grid. If this sounds like a lot, that's because it is. However, if you manage to keep up with the game's speed, thinking fast and dodging faster, the sensation of mastery is exhilarating. While One Step From Eden is still relatively under the deckbuilding roguelike radar, it is an excellent game to try after playing Inscryption.

While Hunt: Showdown's gameplay is vastly different from Inscryption, the theme of "nature is your biggest threat" is explored in both of these games. In Hunt: Showdown, you are a bounty hunter, searching for clues on a giant map. These clues lead you to the boss, who possesses the bounty you're looking for.

The gameplay is simple: kill the boss, collect its bounty, and extract with that bounty for rewards. However, there are other teams of players on the same map, with the same objectives, and a bullet with your name on it. Hunt: Showdown is a tense game with the same "horror in the forest" vibes as Inscryption, and is worth a try for thrill-seeking players.

From the art style alone, Iron Lung's resemblance to Inscryption is evident. Iron Lung is a short horror game that relies on slow terror, which creeps up your shoulder ever so subtly. The game uses a sense of claustrophobia to make players feel trapped, accompanied only by encroaching dread.

Although this is a short game, Iron Lung excels at using its small number of resources and making something incredible. The game was made by only one man, similar to Inscryption's development. Both Iron Lung and Inscryption were also made in the Unity game engine.

Night of Full Moon is a deckbuilder that is based on the story of Little Red Riding Hood. The game is free on Steam and possesses a cute gothic art style. Night of Full Moon has random events that make each playthrough feel original. According to players, the game has a surprising depth of content for a free game, and although the developers do offer DLC packs, they are not necessary to ensure a complete experience.

Night of Full Moon is a fun indie game that is still relatively undiscovered and worth a try for anyone who is tired of mainline deckbuilders. The game is also free on Steam, making it optimal for players who don't want to commit to a financial decision.

Hand of Fate is one of the most popular suggestions for Inscryption players, due to its visual similarities. In both games, players sit at a table, across from an ominous gamemaster, who invites you to take part in an unsettling adventure of their creation. It is likely that Inscryption's developer was inspired by Hand of Fate, because of the sheer number of visual parallels.

In Hand of Fate, you experience an adventure narrated by the mysterious gamemaster, who leads you through encounters and brings them to life in a 3D style, allowing you to live through the stories of the cards. The game has innovative features, and a sequel that was released in 2017. Hand of Fate is an excellent game for players who crave Inscryption's visual style.

Honorable Mention: Sacrifices Must Be Made

Inscryption all started with a game jam in 2018 called Ludem Dare 43. Daniel Mullins, the solo developer of Inscryption, created a game titled Sacrifices Must Be Made in 48 hours, start to finish. This game was the catalyst for Inscryption's design, as seen by its nearly identical visual style. If you're itching for an Inscryption-like game, you should try playing the game where it all started.

Sacrifices Must Be Made is available on Daniel Mullins' itch.io page and can be played for free. Since it is technically an Inscryption prototype, we put it as an honorable mention, but it is certainly worth playing for any deckbuilding roguelike fans.