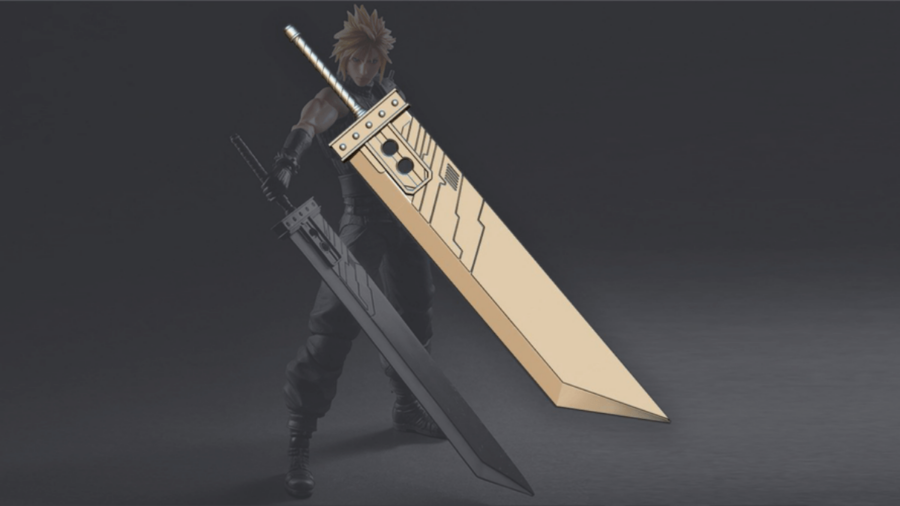 Final Fantasy VII Remake is still taking the world by storm. Whether it be its inclusion on PlayStation Plus, or the new chapters being released for it there are people visiting and re-visiting the remake of what is arguably the most popular FF game. So, today we're going to look at the best weapons in the game so you can defeat Shinra!

This list contains weapons for most of the group and is not specifically for just Cloud. This way you can get your team suped up to do some real damage!

The Silver Staff is a weapon that is for Aerith's loadout which you can get after trading two Moogle Medals at the Moogle Emporium which occurs in Chapter 8: Budding Bodyguard. When maxed out it has a 120 magic attack level which puts it as a great offensive weapon to use.

The staff's MP generation is at the best rate out of all her possible weapons with a high of 50%, alongside the Sorcerous Storm add-on which has a wide attack range. This means enemies within a certain area will all feel the effects of the spell, which is great for dealing a lot of damage!

As far as balanced weapons go the Twin Stinger is the best. It comes already equipped with the Counterstance ability which has Cloud prepare and fight back with a burst of attacks which cover a fairly large area. So it is useful for a multi-enemy scenario (which is often the case).

Alongside this you don't need to fully level up the sword in order for the maximum materia capacity to be met - so there's possibly a little less grinding to be done before you get your reward of uber sword!

You will encounter the Twin Stinger in Chapter 17: Find the Others, it sits in a chest which is on the Drum's third level. It's maxed out in terms of attack power and also has a level 73 magic power rating. It does have an MP power preference which means that fully leveled spellcasters will benefit more, but it is still devastating in the attack department!

Related: How to play the Stranger of Paradise Final Fantasy Origin trial version

Admittedly, for players wanting to make Barret an attack beast, this isn't the best weapon for it as it maxes out at 54. However, its magic attack power goes all the way up to 105 which still makes this weapon a very powerful one - it just transforms Barret into more of an MP character instead of a straight up brute.

Barret is naturally a long-range style fighter in any case, so the ability to blast more magic is suitable for his way of combat. With this his defense will also be upped, so you still get the bad ass tank feel except with more of a focus on him being mage-like as well.

The EKG Cannon appears in Chapter 16: The Belly of the Beast and you can buy it for 10,000 Gil from Hart.

Purple Pain is Tifa's best weapon. At first glance it may look confusing; as compared to the Feathered Gloves it actually has lower stats and levels, with the gloves coming in at 66 for magic, and 82 for attack power.

The way that Purple Pain becomes the best is through the boosts that can come with it, which effect critical hit rate and damage output. Additionally, they come with a great health boost as well - so instead of heaving to use potions, Cure or Phoenix Downs on her all the time, her weapon should keep her propped up for longer.

The weapon comes with the True Strike perk which ups her stagger damage and also improves her Limit Break damage, with her receiving the Reprieve perk at level 6; meaning when she gets down to 1 HP she won't automatically die after a big hit.

The Purple Pain is in Chapter 16: Belly of the Beast when you are in control of Tifa, and resides in the Chest near where you climb the monkey bars.

This weapon is definitely a brilliant one for Aerith and can also be considered the best. Its magic damage maxes out at 164 and starts at a base level of 92 - so it is great to have even from the get go.

The Mythril Rod has the Ray of Judgement perk which is an extremely powerful spell that Aerith can cast. It doesn't regenerate speed as quickly as the previous staff on this list but you can improve it by equipping the MP Absorption Materia and that will get it somewhere in the ball park of the Silver Staff.

You will be able to get the rod in Chapter 11: Haunted once you have been to the Train Graveyard. You should then find it in Aerith's inventory.

As a bonus mention we have included the Mythril Saber in case you want Cloud to have more of a magic oriented weapon rather than an attack-based one.

The Saber definitely makes Cloud one of the more powerful spellcasters of the group. It has the lowest attack damage in terms of physical attacks out of any of his other weapons, but the magic stats max out at 138 which means it more than makes up for it! It also has the ability Blade Burst which uses a non-elemental burst of Mako energy to attack enemies.

It becomes available in Chapter 14: In Search of Hope and can be found in the Weapons Store when in the Wall Market.

Getting through the world of Final Fantasy VII can be a tough task, but these weapons once they become available in your playthrough should help make things a little easier! Just don't forget to level them up and equip them with their materia so that they can truly serve you well in your quest to take down Shinra!

The 7 Most Comfortable Gaming Chairs in 2021