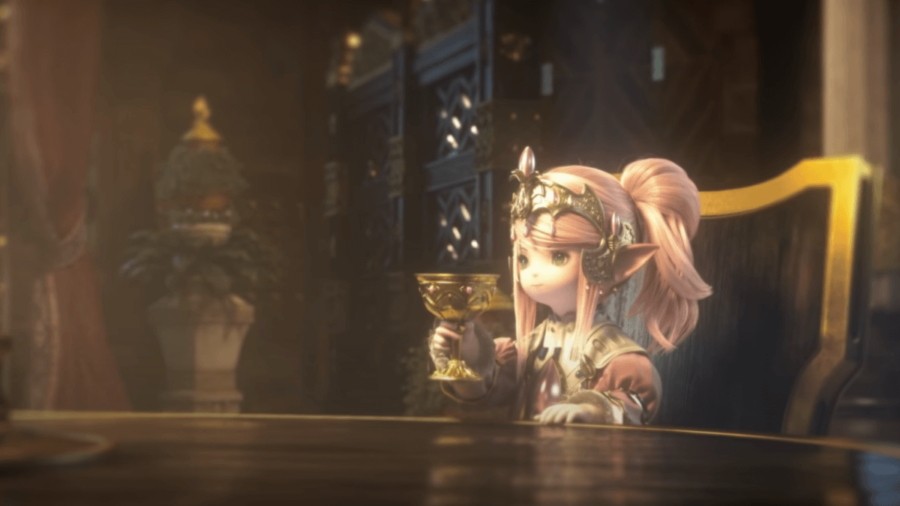 A great mod is like a love letter to a video game, and FFXIV has received lots of love letters since its 2010 debut. Mods are typically created by dedicated players who want to correct a certain issue through retexturing, recoloring, or organizing an unruly element. The general rule about using mods in FFXIV (and most other MMOs) is that, so long as the mod only appears on your end, it's mildly tolerated—just don't discuss mods in-game.

Always do your research before downloading mods to ensure the files are safe, an appropriate size for your device (the larger the mod, the greater the chance your game may crash), and will work alongside any other mods you've already installed.

While most of the mods in this list are designed purely for aesthetic purposes, Moogle Maps is a genuinely useful add-on. This mod replaces the original map texture with a new overlay that puts treasure locations and daily hunt monsters directly on your radar, making the overall act of participating in these hunts much more convenient.

The Newness makes the world of FFXIV more vibrant through lighting and shadow enhancements. Colors are more vivid, and it's easier to appreciate small details you might otherwise not have noticed. The best part? The Newness doesn't put any strain on your frame rate, so you get all the benefits of improved graphics with none of the potential downsides that come with installing weightier mods.

If you play as a Hrothgar and constantly find yourself disappointed by the low-res rendering, you're not alone. HD Hrothgar Faces retexturizes the base Hrothgar faces so that your animalistic warrior pops the way they deserve to.

If you're on the other side of the Shadowbringers race additions and want to show your Viera a little love, download Viera Refined. This mod adds new textures for skin quality, lips, and eyes, so your bunny girl (and upcoming with the Endwalker expansion, bunny boy) looks picture-perfect in every cutscene.

The Touch of Real mods make for some of the best available facial retexture packs. True to its name, Touch of Real replaces the original face bases with startlingly realistic textures to make you feel even more connected to your FFXIV alter ego. Just note that, at this time, the only races that can obtain these textures are Hyur, Miqo'te, and Elezen.

This is the Touch of Real mod designed for male faces, since it would be a shame for these textures to be gender-locked. Currently, Lalafell are excluded from these face textures, but this could change in the future.

The NPC Defined mod ensures that your own character isn't the only lovely creature wandering Eorzea—various NPCs throughout the game also get a texture upgrade. The original texture design of these characters has not been altered or even smoothed out, simply upgraded to enhance facial details four times over. This is the ideal mod for the kind of people who kick Animal Crossing villagers out because they're "too ugly."

Owl's Eyes of Eorzea not only retexturizes eyes to make them brighter and more lifelike, this mod also takes into account each race and subrace's specific customizations, so no one texture overhaul is completely alike—and there's hundreds to choose from.

If you're a scholar or summoner, you might be interested in this HD Summons mod. Your beloved pets have never looked better than in high definition, with vibrant colors and defined details making your summons feel exciting again. Maybe the beauty upgrade will inspire them to fight harder in battle? We can hope.

This immersive mod enhances color settings and makes subtle environmental corrections. Alive Gshade Preset offers various color schemes that you can choose between, as well as atmospheric fog that you can adjust according to your preferences. All of Eorzea will look crisp and beautiful with this installed! Just make sure your device can run a mod of this size, otherwise you may run into issues with gameplay.

A favorite among the FFXIV modding community, Hair Defined replaces the original hair, eyelashes, eyebrows, and beard textures for every race and gender in the game. That's... a lot. Over 1,000 textures, in fact. Hair is notoriously difficult to render in video games, but if that fact bothers you, this mod is sure to improve your gameplay experience.

Looking for more FFXIV content? Check out how to get the Best Mounts in Final Fantasy XIV or read about How to Unlock the Aesthetician for the ability to customize your character later in the game.