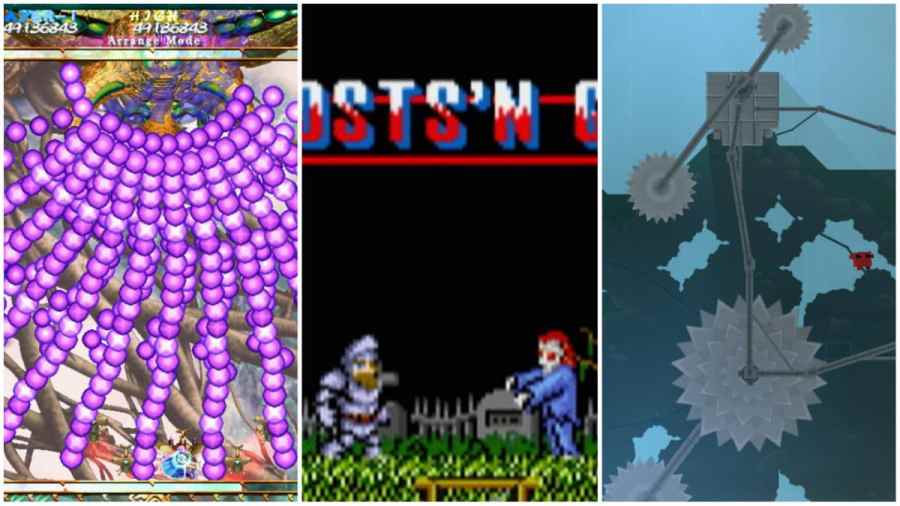 If there’s something harder than playing a hard computer game, it’s trying to rate the 10 hardest games of all time. With about 50 years of gaming, from arcade machines to consoles, computers, and handhelds, it’s impossible to truly compare. Is a platformer tougher than a shooter, a modern 3D action game trickier to master than a turn-based tactical brainteaser? But however, anyone may come to making this list, certain titles always seem to come to the top. So here are our 10 hardest games of all time, ranked.

This original 1994 masterpiece launched the X-COM series that’s still going strong today. But UFO was difficult on two levels. Battles were brutally tough, with a few missed fog-of-war spaces potentially leaving you in tatters. While at the base, overlooking one small thing could spell Earth’s doom further down the road.

Celeste is a challenging and satisfying platformer with an interesting theme. If you manage to complete it, you can try the harder versions of all the levels. And if you can somehow get your way through those, guess what? Yup, there’s an even harder set waiting for you…

Welcome to the bullet hell of bullet hells. This a gorgeous shooter, but the unpredictable patterns of the incoming fire make it way harder than your average 2D shoot-'em-up. What it lacks in complexity it makes up with pure unadulterated havoc on the screen. Honorable mention: Battle Garegga

There are people that find Mario games tricky and others who somehow manage to breeze through them. For the latter much smaller group of players, those nice people at Nintendo put together The Lost Levels, a follow-up to Super Mario Bros that was way more challenging.

Related: How to beat Glumstone The Giant in Cuphead Delicious Last Course

Don’t let the cute graphics fool you. Instead, think of the sheer brutality of those early cartoons that the look of Cuphead is based upon. Then get ready to face boss after boss intent, and more than capable of ruining your day if you make even the slightest error in precision. Beautiful and imaginative, but totally out to get you.

Few games have been more deserving than Dwarf Fortress in getting a modern makeover. But we’re not sure we can go through the sheer heartbreak of it all over again. Take control of a dwarven settlement and watch as you slowly destroy it, dwarf by dwarf, despite your best efforts. If it’s in the game, it can and will go wrong. Get ready to say goodbye to your little friends. Remember: Losing is fun!

A fast and furious platformer that seems to operate on its own level of bonkers. You have to get into a zen-like state to stand a chance, pretty much becoming one with the meat-rix to find a path through each screen. And even then, you’ll be dying on a regular basis.

If we had to go with an individual game, it would be Ninja Gaiden II. But any game in the series would make the ‘toughest games’ grade. A relentless and brutal slog through an ever-increasingly tough series of enemies that it's hard enough to dodge, let alone defeat. Honorable mention: Sekiro

While side-scrolling fighting platformers have stayed alive thanks mainly to handhelds and mobile gaming, the edge has largely been taken off the difficulty. In their heyday, these were games you had to repeatedly put money in a slot to play, so the business model demanded them to be frustratingly unforgiving. Ghost’s‘n Goblins epitomized this. Honorable mention: Contra

There are many games you could pop into this slot that have fuelled your own personal nightmares. We’ll let you replace Dark Souls with Elden Ring, Demon’s Soul, Bloodborne, and Nioh, take your pick. You could make a top 10 from incredibly dark, tough, and frustrating fantasy action RPGs from the past decade. And if you’ve tackled them all, we salute you.

Looking to be inspired by more game lists? Check out the Funniest Video Games of 2022 and the Worst Games of 2022 here at Pro Game Guides!

10 Hardest Games of All Time, Ranked