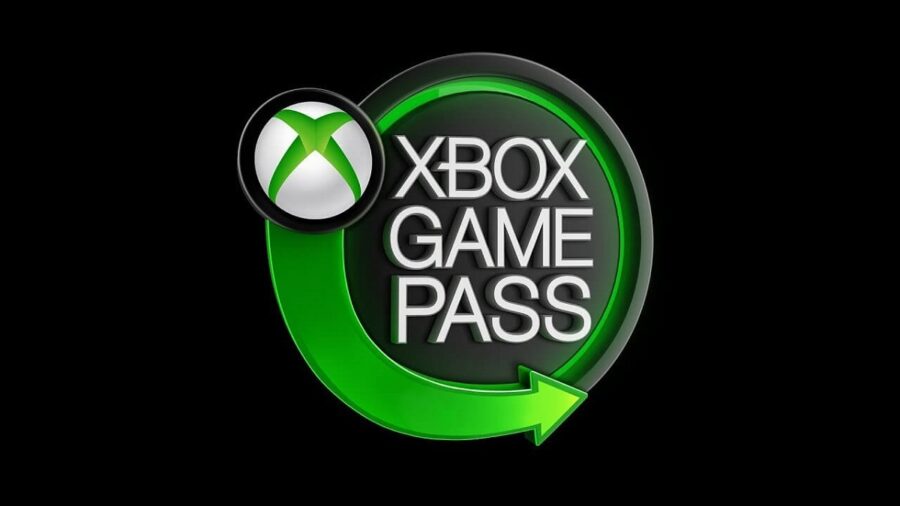 Our Xbox Game Pass features the latest games available right now and titles that will be coming to the Game Pass in the future. This list will also include the Xbox PC Game Pass games and what you can play on Android via the Cloud!

Xbox Game Pass gets updated regularly. Sometimes it's a game that no one expected, though Microsoft has been putting their all into this subscription service, so frequently, a massive Triple AAA will be released on Day One. This list contains all the upcoming games coming to Xbox Game Pass.

Time moves only when you move. The long-awaited third game in the groundbreaking Superhot franchise, Superhot: Mind Control Delete gives you more insight into the signature power fantasy world of Superhot with more story, more signature gameplay, more action, and more guns. Keep dancing the slow-motion ballet of destruction for so much longer than ever before.

Take control of your own starship in a cutthroat galaxy. Elite Dangerous is the definitive massively multiplayer space epic, bringing gaming’s original open world adventure to the modern generation with a connected galaxy, evolving narrative and the entirety of the Milky Way re-created at its full galactic proportions.

Get behind the wheel of incredible extreme cars and tear up the most stunning global locations in Dirt 5 – the next generation of off-road racing. The award-winning racer from Codemasters delivers a story-based Career mode, the all-new Playgrounds custom arena hub, customization options galore, thrilling online party modes and more, all with a pumping official soundtrack and bold art approach.

Fight for your hive in this strategic team platformer! Killer Queen Black is an intense multiplayer action/strategy platformer for up to eight players. Hop on the snail, hoard berries, or wipe out the enemy’s queen to claim victory. Fly solo, or team up with three of your friends as you race to complete one of three possible victory conditions.

Break the rules and take full-contact racing to the limit with Wreckfest! Expect epic crashes, neck-to-neck fights over the finish line, and new ways for metal to bend. These are the once-in-a-lifetime moments that can only be achieved in Wreckfest, with its true-to-life physics simulation crafted by legendary developer Bugbear, who also brought you FlatOut 1 & 2!

The ultimate edition of the award-winning RPG from the masters at Obsidian Entertainment is coming to Xbox Game Pass, featuring all major updates and expansions. Bend the world to your will as you explore the depths of infinite possibilities, including detailed character customization, total freedom of exploration, and more meaningful choices at every turn. Pillars of Eternity II: Deadfire Ultimate Edition redefines the role-playing game experience for a new generation.

In the not-too-distant future, a mysterious disaster has collapsed the world as we know it. At the center of the destruction lies a hidden society of Revenants called Vein. Team up with your friends and embark on a journey to the ends of hell to unlock your past and escape your living nightmare in Code Vein.

Set 19 years after the events of Wolfenstein II, BJ Blazkowicz’s twin daughters, Jess and Soph Blazkowicz — after years of training from their battle-hardened father — are forced into action. Team up with a friend to level up, explore, and complete missions to unlock abilities that compliment your playstyle.

In Stealth Inc 2, you play the role of a clone escaping a sinister and high-tech testing facility, testing both your brain and your reflexes over 60 varied levels linked together in a sprawling overworld. Death is never more than a few moments away, but one of the few advantages of being a clone is that death isn’t all that permanent.

Place yourself at the heart of the Jurassic Park franchise and build your own Jurassic World. Bioengineer dinosaurs that think, feel, and react intelligently to the world around them and face threats posed by espionage, breakouts, and devastating tropical storms in an uncertain world where life always finds a way.

This remaster is based on the smash hit 12th installment of the Final Fantasy series. With graphical and audio upgrades, the core game design has been tweaked to produce an evolution of the original Final Fantasy XII fitting for the current generation. Return to the World of Ivalice and enjoy a classic adventure reborn!

Become the Falconeer and soar through the skies aboard a devastatingly powerful warbird in this open-world air combat game. Uncover secrets lost to the sea as you join or oppose different factions and clans scattered throughout the mysterious world of The Great Ursee.

The perfect game to back-stab your friends. Project Winter is an 8-person multiplayer game focusing on social deception and survival. Communication and teamwork are essential to the survivors’ goal of escape. Gather resources, repair structures, and brave the wilderness together.

Ghost of a Tale | PC

Ghost of a Tale is an action RPG game in which you play as Tilo, a mouse and minstrel thrown into a perilous adventure. Set in a medieval world populated only by animals, the game puts an emphasis on immersion and exploration. It features stealth elements, disguises, conversations with allies and enemies, and quests.

Become a medium living in two different worlds: the real one and the spirit one. As a medium with access to both worlds, you have a wider perspective and can see more clearly that there’s no one simple truth to what others perceive. Nothing is what it seems, everything has another side.

In a quest to abandon their bloody past, Kazuma Kiryu and adoptive daughter Haruka Sawamura leave the unforgiving streets of Kamurocho for the island of Okinawa to run the Morning Glory Orphanage. Despite his efforts, trouble shadows Kiryu and the Morning Glory Orphanage is soon entangled in a deadly power struggle. Can Kiryu rescue the orphanage and escape his past for good?

A murder in Tojo Clan territory soon sets off an investigation by a small Tojo branch consisting of Kazuma Kiryu, Masayoshi Tanimura, Shun Akiyama, and Taiga Saejima. Follow the four playable protagonists as they unravel a hidden battle over money, power, status, and honor and a mysterious woman at the center of it all. With underground forces readily willing to kill to protect their secrets, the search seems to lead to more questions than answers.

Kazuma Kiryu's newfound calm as an unassuming cab driver comes to a sudden end as the standing peace between the Tojo Clan and Omi Alliance disintegrates. Forced to reckon with his past once more, the Dragon of Dojima returns to the criminal underworld to protect those he holds dear. Their lives interwoven, follow Kiryu and his allies in their quest to navigate the corrupt underbelly and prevent an all-out turf war. Five playable protagonists across five major cities.

The world has been taken over by synthetic lifeforms. A desperate plea for help sets Shadow on a journey to uncover what started the path to perpetual ruin. Slash through the techno hordes, leap past traps, and nimbly navigate the ruins of Mekacity. Only you can unlock the secrets to your clan's ancient powers in Cyber Shadow, the quintessential Ninja Action game.

A corruptive presence has invaded the Federal Bureau of Control…Only you have the power to stop it. The world is now your weapon in an epic fight to annihilate an ominous enemy through deep and unpredictable environments. Containment has failed, humanity is at stake. Will you regain control?

Desperados III is the long-awaited prequel to Desperados: Wanted Dead or Alive. A story-driven, tactical stealth game featuring a colorful cast of characters that epitomize the Wild West, Desperados III takes players on an adventure through rural towns, swamps, and riverbanks, to their ultimate, gun-slinging showdown!

Donut County is a story-based, physics puzzle game where you play as an ever-growing hole in the ground. Meet cute characters, steal their trash, and throw them in a hole.

Explore for the sake of your curiosity with a hand-crafted solar system filled with secrets to discover and perils to avoid while exploring space. Players are given a variety of tools to aid in their space-backpacking adventure: their very own spaceship and jetpack, a surveyor probe for scouting and taking pictures, and a signal scope to track down audio signals as well as view landmarks from afar.

Razputin Aquato, trained acrobat and powerful young psychic, has realised his life long dream of joining the international psychic espionage organisation known as the Psychonauts! But these psychic super spies are in trouble. Their leader hasn't been the same since he was kidnapped, and what's worse, there's a mole hiding in headquarters. Raz must use his powers to stop the mole before they execute their secret plan--to bring the murderous psychic villain, Maligula, back from the dead!

When all hope is lost and humanity’s fate hangs in the balance, the Master Chief is ready to confront the most ruthless foe he’s ever faced. Begin anew and step inside the armour of humanity’s greatest hero to experience an epic adventure and finally explore the scale of the Halo ring itself.

The following games are leaving in January. If you want to give these a go, you haven't got that long remaining!

Rarest Pets in Roblox Adopt Me

Best Among Us Mods