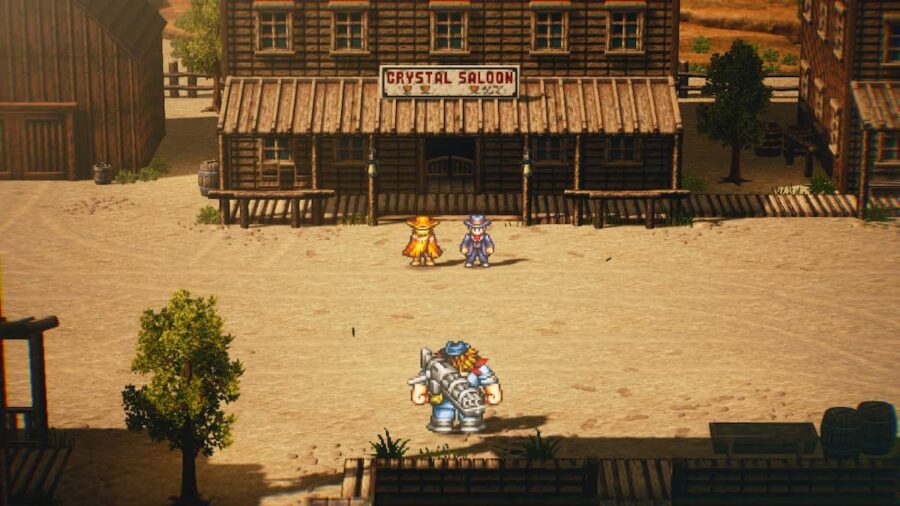 The climax of The Wild West chapter in Live A Live arrives with the fated showdown between The Sundown Kid and O. Dio, leader of the bandits harassing the town. Mad Dog joins you in battle, and it is up to the two of you to save Success. Here is how to defeat O. Dio in The Wild West Scenario in Live A Live.

Live A Live – How to beat O. Dio in The Wild West Chapter

Related: Do dialogue choices matter in The Wild West Scenario in Live A Live?

Once you have defeated enough gang members, leaving around three or four, you will want to hit O. Dio with everything you have. Get right on top of O. Dio to reduce his usage of strong attacks and spam The Sundown Kid's Double Shot and Mad Dog's Texas Jitterbug abilities to inflict maximum damage. If either character goes down, use your area healing item to bring them back to life.

The same strategy applies if you fight him alone—get as close as you can and spam those two moves. One thing to note if you fight O. Dio alone is that two boulders appear on the map. Your attacks cannot pass through these, but his can. So do not try to use these as cover. After you deal enough damage, O. Dio will fall, and the town will be saved.

How to beat O. Dio in The Wild West Scenario in Live A Live