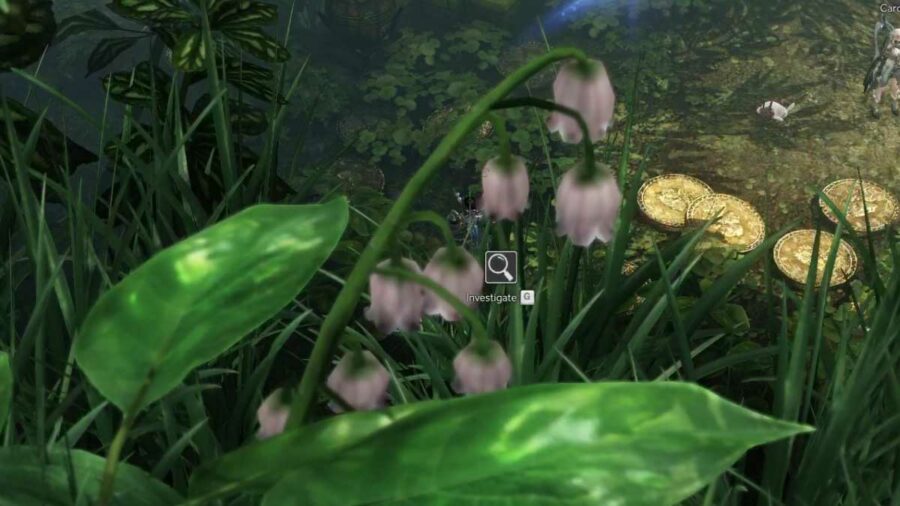 The Great Cipher of Mokokos is a Hidden Story in Lost Ark. It is located in the Sweetwater Forest area in Tortoyk.

Where is The Great Cipher of Mokokos Hidden Story?

You can find this Hidden Story on the south side of Sweetwater Forest. It is south of Mokoko Farm and next to a bunch of coins on the ground. When you get close to it, you won't see it because the flowers are blocking it. Get as close to the edge of the map as possible, then hover your mouse until it becomes a gear. When it becomes a gear, you must investigate that area.

The spot is marked on the map above.

Related: Where to find the Dusty Rainbow Candy in Lost Ark?

Since it is one of the few quests without a time limit, we recommend doing it first since it is so easy. It is also one of the few places in Sweetwater Forest where you will not be attacked by enemies spawning nearby.