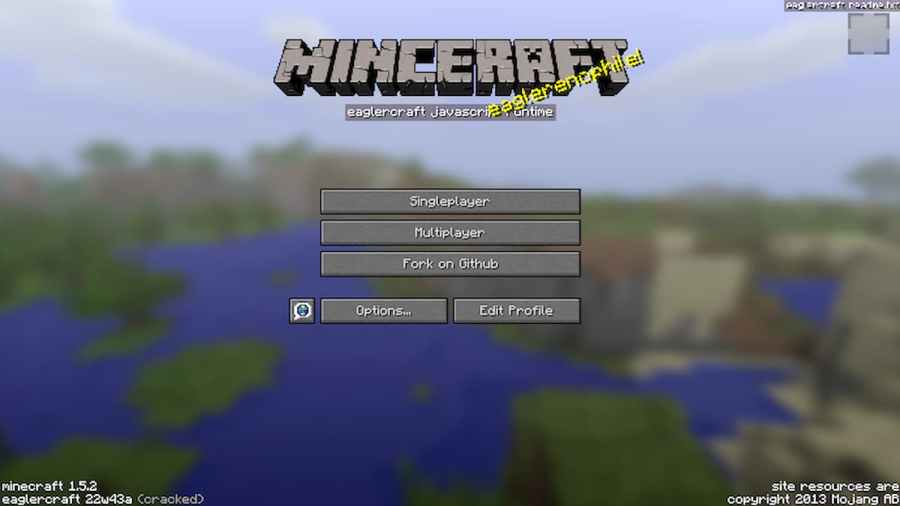 While you're anticipating the next big Minecraft update, we'll help you pass the time by exploring fun seeds with triple dungeons, endless mines, and island mansions, which will keep you occupied for a while.

Between 1.19.2 and 1.19.3, not many things have changed in Minecraft. Only the randomly glitched sinkholes were fixed. With Minecraft 1.20 on the radar, big changes are due to come.

When you first spawn and look around, you'll notice a massive tower with a woodland mansion on top. If you'd like to have your own personal home and watchtower, here's your chance.

This seed has a village based on a frozen lake surrounded by hills and an igloo near the spawn. Just head to the highest point you can see to find where it is.

You might know about the double-dungeon phenomenon, which is pretty rare. But, have you ever played a Minecraft seed with three dungeons? Well, here's your chance. You'll find it if you head to -730, -10, and 940 coordinates.

Looking for a private island with a woodland mansion and a village on it? Just look around, and you'll spot it right by the spawn point.

If you start digging right from the spawn point, you'll be greeted by tracks, which are an indicator of a mine. However, this mine doesn't end. As a result of a glitch, the more you head into the mine, the more it regenerates itself, and so will the loot.

One thing about valley seeds is that plenty of openings around the hilly area lead down to mines and shafts. This one has a village in the middle of it surrounded by peaks. You'll spawn nearby; just spot the highest point around you.

If an island woodland mansion isn't your thing, you can settle for a village on an island. You'll spawn by a body of water; just look at the 200, 50 coordinates.

If you like living in or around villages for peace of mind, how about three? This seed has three villages, all located close to one another. You'll spawn right in between all of them; just pick a location to walk to.

If you like living the scenic way, how about a couple of villages on the banks of a lake, with an island in the middle? It's not far from the spawn point.

If you want to live in the Mangrove swamp, there's a village right at the start of the Mangroves. If you look the opposite way of the village, you'll spot an outpost with a ruined portal in front of coordinates 200, 100 and 300, 50.

Ever wanted to live on top of an exposed mineshaft while being in a village? This seed has one. You can jump from the village right into the mineshaft without much work. And that's not all; there's also an exposed ruined portal nearby.

If you wanted to try out a desert seed but were always hesitant because of the lack of loot, don't worry. This seed spawns you in a desert bordering a jungle. The sand is full of loot for you to gather without wandering too far.

Don't want to grind too much to find a stronghold with an end portal? This seed has all of it merely 300 blocks away from the spawn point. Simply go to the coordinates 950, -950.

Once you spawn and head to -500, -150, you'll find a series of islands. One of them has a full village. While the other island, nearby, has an exposed ruined portal. Just get on a boat and head west.

This seed is tougher for the newer players playing survival, since ice biomes are known to be ruthless. If you'd like to check it out, there's a village right at the start of it. This seed also has a very rare snow village with zombies living in it nearby.

The Badlands are full of exposed mineshafts waiting to be explored. You will spawn between the savanna and the badlands, with a village in between both.

Do you want to live in a village on an island with an ocean monument nearby, so you can go conquer it any time? You will spawn pretty close by.

This seed has a jungle surrounded by a river, with a jungle temple right on top of the island and an exposed, ruined portal nearby. All of this, right by the spawn point.

Shattered savannas are extremely rare. Not to mention a village on top of the shattered savanna. This one has it all, with caves leading to the underground right next to the village.

All of these seeds are good and unique in their own ways. Each of them brings something unique to the table. The things mentioned are just the highlights of the seeds. There is plenty more to discover. So, get to it.

For more on Minecraft, check out our Colossal Cave tips and tricks for new players here on Pro Game Guides.