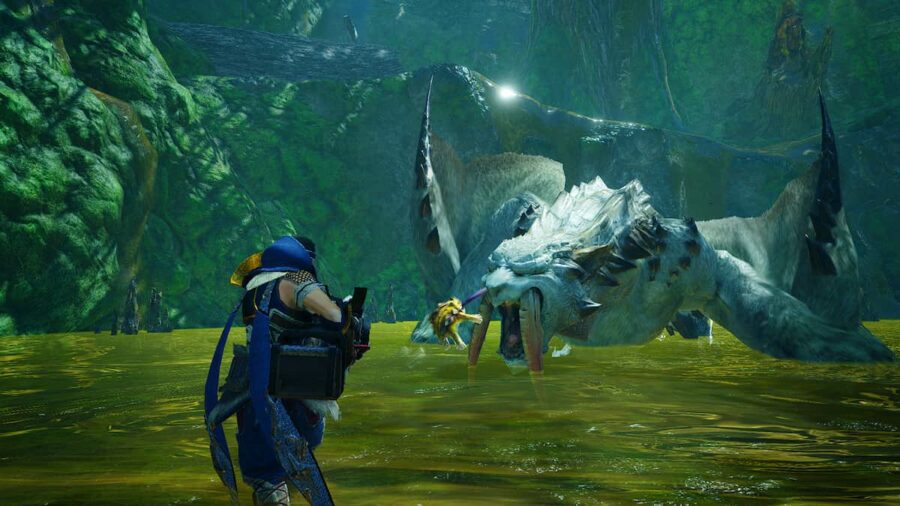 Monster Hunter Sunbreak introduced new terrors to hunt, but those are not the only new creatures in the game. MHR Sunbreak has introduced more endemic life forms to make your life easier. These cute but deadly animals will help you hunt if you find them and use them correctly. Make sure to catch them all, as they can make a seemingly impossible battle relatively easy.

Here's a list of all of the new endemic life introduced in Monster Hunter Rise: Sunbreak, along with their locations:

Related: How to cure Bloodblight in MHR Sunbreak

Thornytoad is arguably the most helpful creature of all new endemic life introduced in Monster Hunter Rise: Sunbreak. This beast is not some average frog, as it will try to eat anything that moves, flies, or swims! Thorny can even take down giant monsters thanks to its gastric acid.

Wirebugs are not new in the world of Monster Hunter, but there are two new types that will help you with Wywern riding. Remember that you can only use one Wirebug at a time, so choose carefully.

Slicercrabs reside in dark caves, and they don't like is when large creatures invade their space. To defend their territory, they will shoot crystals at the nearby target. To maximize their potential, lure a monster close to them and watch as Slicercrabs slice and dice. There are usually groups of three crabs, each with around ten spikes.

Spearsquids can be found in waters near Jungle. They can't be tamed, nor can you take them with you. But they can be handy because they will attack every creature that enters their water with their sharp bodies. One squid is not that dangerous, but there are enough of them in the waters to cause severe damage to an unsuspecting monster.

Marionette Spider may be tiny compared to monsters you hunt, but the silk it produces is Spider-Man level strong. This spider product opens a lot of fun activities like pulling some of the strongest monsters in MHR Sunbreak into the rocks. If he looks familiar, it's because he's a cousin of Puppet Spider, but with more blue coloring.

Starburst Bugs are creatures that are, in the simplest terms, exploding seashells. They don't move much, but there'll be fire when they do. Starbursts are covered in gunpowder-like dust that explodes on impact. All you have to do is pick them up, throw them at monsters, and watch the firework! Don't worry; no bugs will be harmed during this activity, as they have thick armor.