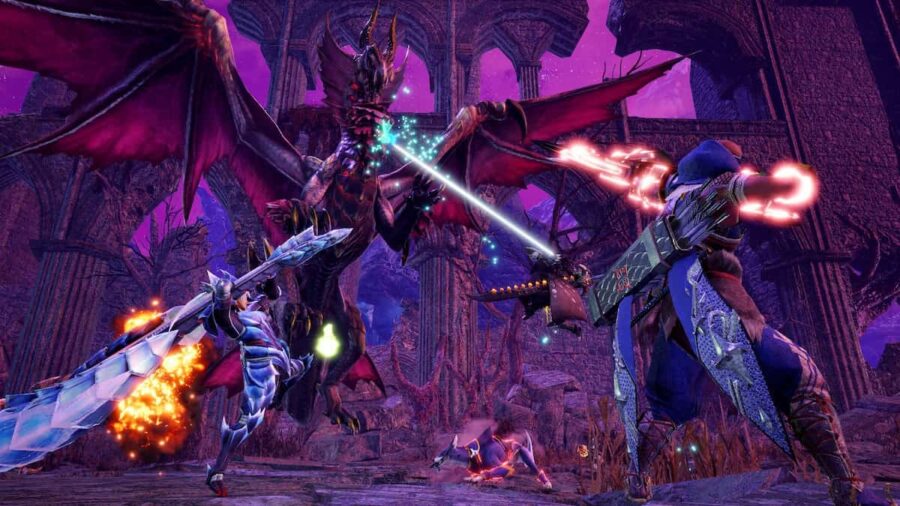 Sunbreak is the first expansion for Monster Hunter Rise and was released on June 30, 2022. Hunters leave the quaint village of Kamura and head to the bustling hub of Elgado in order to uncover a mystery surrounding monsters leaving their habitats. With a new team of NPCs and their faithful palico at their side, the hunter is yet again tasked with saving the region from certain doom.

A hunter must hunt

Sunbreak knows what it is and doesn't stray from that path. It's more Monster Hunter, no more and no less. With 19 new and returning monsters, there is no shortage of content to enjoy. Completing the story takes roughly 15 hours, and that's just the tip of the iceberg in terms of the overall content.

Whereas Monster Hunter Rise felt somewhat light on content, Sunbreak doubles down and offers up almost too much content, if there were such a thing. With new Switch Skills to explore, Buddy Skills, Dango recipes, and more, there is plenty to keep hunters busy.

Despite not looking as robust and rich as Monster Hunter World, Sunbreak builds a hospitable world that is nonetheless pleasant on the eyes. Music works in perfect harmony with the fights and swells at the perfect moment when tensions are at their highest. Monsters get bigger and badder with each hunt, and hunters' skills will be pushed to the limit.

Nintendo fans haven't been able to enjoy a Monster Hunter title since Monster Hunter Generations for the 3DS in 2016. While the Switch may have graphical limitations compared to competitors, that doesn't stop Sunbreak from looking and running exceptionally well. It's a wonderful return to the series for Nintendo.

A tale as old as time

The story has never been the strong point of Monster Hunter. It serves as a vehicle for the player to go out and smash big monsters with big weapons in the face and is nothing more. Those who have played previous titles will see story beats coming from miles away. Players could also simply skip through the mind-numbing dialogue.

Compounding the issue is that the story hitches, as the NPCs must take care of something over and over again. This only serves to create busy work for the player in the form of time-killing hunts. While most don't play Monster Hunter for the story, it would be great if Capcom took some of the resources that went into something like Resident Evil Village's story and reallocated them.