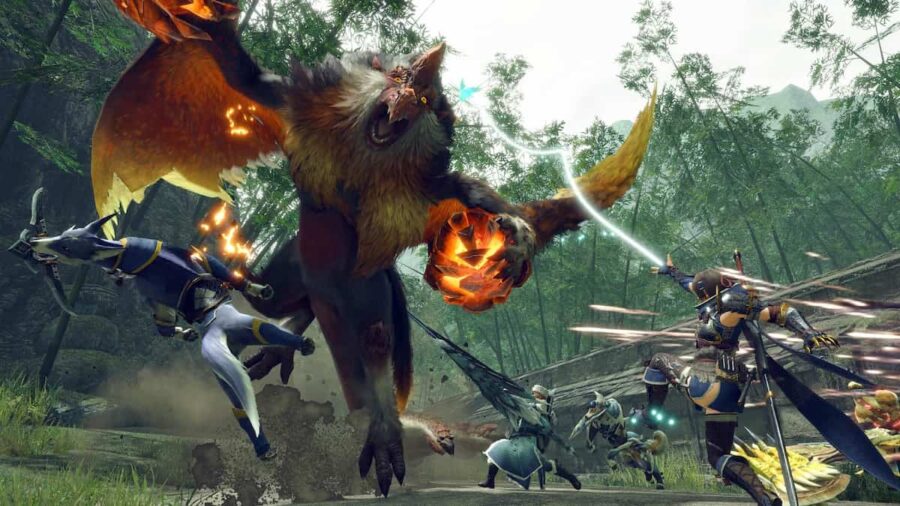 In Monster Hunter Rise, weapons will often have an Affinity stat next to them. This stat may be confusing at first glance, but ultimately, it’s pretty simple. Affinity is the Critical Hits stat in Monster Hunter Rise. However, there are a few wrinkles and details you should know about Affinity in MHR.

What is Affinity in MH Rise?

You should also remember that Affinity only affects raw damage and not elemental damage. Any elemental damage a weapon deals, and any status affects, will not be subject to critical hits. As a result, it’s sometimes best to concentrate solely on either Affinity or elemental damage rather than try and maximize both.

Related: Will there be a Monster Hunter Rise: Sunbreak Demo?

How are critical hits displayed in Monster Hunter Rise?

A critical hit in Monster Hunter Rise is displayed with a large red slash behind the white damage numbers. In addition, the damage numbers will be slightly larger for a critical hit. In comparison, a weak attack will have a smaller number and a purple slash.

How important is Affinity

This is because while a critical hit can deal an extra 25% damage on a set chance, the potential yield for elemental damage is higher. Elemental Attack damage is worked out by taking the value of the Elemental Attack and multiplying it by the sharpness of your weapon, the body part you’re hitting, the quest difficulty, and the rage status of the monster. Or to put simply:

Additionally, since this equation will be worked out every time you hit rather than only when you critical, it can be better to bring a weapon with an element the monster is weak to rather than a higher Affinity weapon. Over the course of a fight, you’ll do more damage with the elemental damage weapon, in most cases. That said, Affinity-focused builds can do massive damage if they’re optimized well.

Most weapons in Monster Hunter Rise have positive or at least neutral Affinity. This means they’re good to go in your Affinity build no matter what. The highest current base Affinity in MHR is 40%, but that can be raised even higher with Armor Skills, such as Critical Eye.

But often the best weapon to use Affinity on is one with a small amount of negative Affinity, like the Diablos tree of weapons. Something like the Feud Hornsword has -25% Affinity. However, if you use a level five Critical Eye Armor Skill, this is completely negated, making the weapon's damage during a fighter far more consistent.

How to Raise Affinity in MHR

The best way to raise your Affinity in Monster Hunter Rise is to use Armor Skills. These skills will either increase your Affinity overall or just under certain conditions:

Additionally, if you equip Rampage Skills at the Smithy, you can increase your Affinity even further. Finally, one Ramage Skill, Brutal Strike, flips negative Affinity on its head. With this skill, negative Affinity weapons have a chance to do critical damage instead.

What does Affinity do in Monster Hunter Rise?