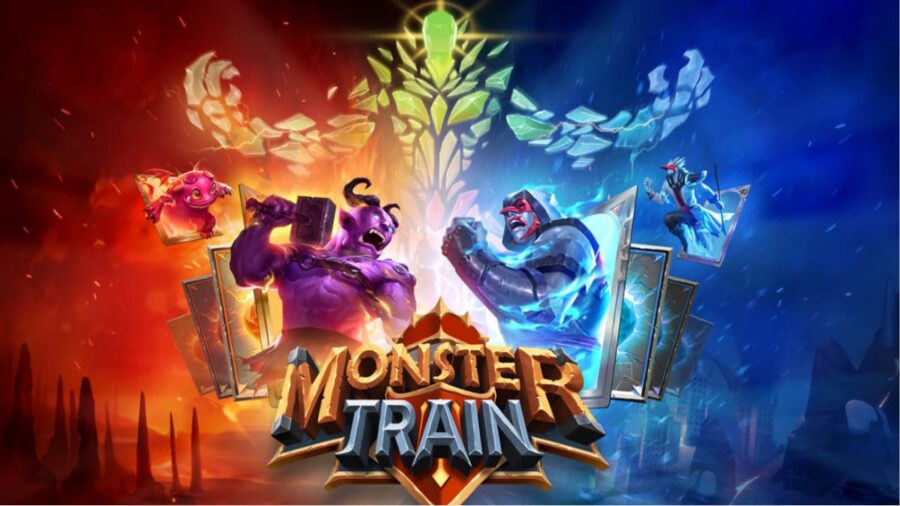 Monster Train is a roguelite tower defense deck-building game with you on the side of Evil against forces of Good. The story is simple yet exciting—Heaven has occupied and froze Hell. As a faithful servant of the underworld, you have the task of liberating it. To do that, you'll get help from the strongest demon clans (races).

The key to success in this game is the right balance between minions, spells, and the Monster Train champions. Without great synergy between them, Hell will never break loose. You'll need to know the best builds in Monster Train to achieve that.

The Melting Remnant clan has a fascinating game mechanic: they tend to die fast but can return even more potent. These monsters are made from wax, so burning out is normal for them. But when you combine that with a powerful Rector Flicker champion, you get one of the best builds in the game.

The idea is to have Rector Flicker with Burn Bright upgrade, which gives him huge attack and health bonuses. The downside is that he has Burnout 3, meaning he will die after three rounds. Sometimes, that can be a problem, but not this time. If you have cards with Reform, you can return the fallen creature to your hand. The best option, in this case, is the Molded spell card.

What you want is as few minions as possible so you can "resurrect" Rector Flicker each time. For maximum effect, combine this with the Crushing Demise spell, which kills randomly one opponent and one friendly unit. This card is excellent for cleaning floors and upgrading Flicker by killing him, as he gets stronger every time he reforms.

Stygian Guard and Awoken clans are an excellent combination for Frostbite build (unit takes one damage per stack at the end of turn. Decreases every turn). This debuff gives you a great chance to damage enemies significantly if played right. Namely, for Frostbite to work, you'll need to hold your ground with minions.

That's where Awoken come with their minions. It has some very durable tank units that go well with the Stygian Guard Frostbite spells. For best results, select Tethys Titansbane champion and look for cards like:

This build focuses on the Umbra clan champion called Primordium. He has an interesting mechanic where the unit eats him and receives all the buffs (if you upgrade champ to have Superfood). This crazy strategy is very effective combined with a Buffet (Primordium can be eaten multiple times). Your goal is to have strong minions (tanks) that can live long enough to receive various buffs like:

For this build to work, you'll need the Shardtail Queen champion from the Hellhorned clan. She has two specializations, Imp Parade and Imperialist that you need to focus on. The former gives you a steady stream of Imps, and the latter damages the enemy by killing these minions.

The strategy is to have a lot of Imps on the floor, use their abilities and kill them. Imps act as minions/spells as they have extraordinary powers but have low health. So providing them some minions to buff is also a good option. For best effect, use cards like:

So the goal of this build is to have feed Penumbra with Morsels and pump up his stats. For best effect, look out for these cards: