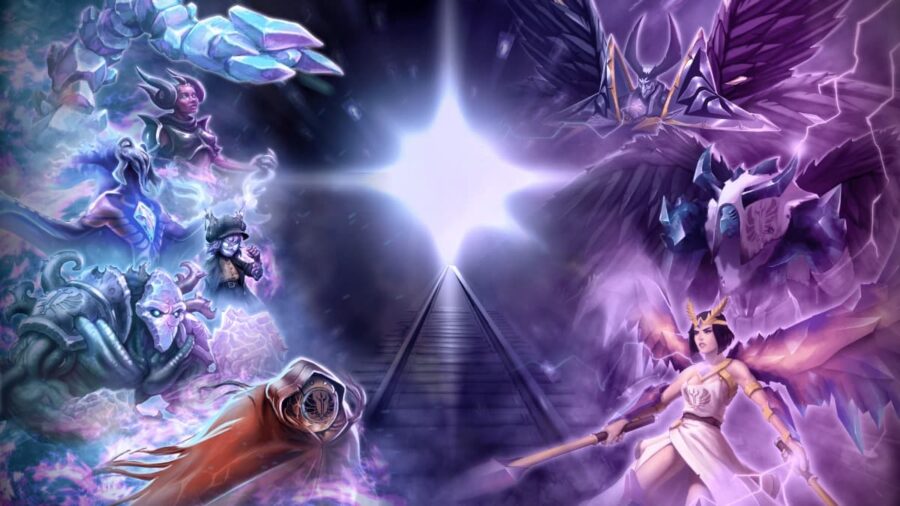 Monster Train's gameplay revolves around infernal champions, which are the main ingredient of your decks. Your choice of hero will dictate what kind of minions, spells, and artifacts you will use. In Monster Train, your demonic army is divided into six clans. Each clan has two champions: base and exiled. Base champions are the ones that you first get to play. If you want to learn more about them, don't worry—we have a list of Monster Train Champions Ranked from weakest to strongest.

Which Monster Train Exiled Champion is the best?

Exiled champions come in different shapes, sizes, and abilities. Some are more dominant than others, but each is worthy of your attention. Your champion choice depends on what playstyle you like and what two clans you will take to battle. There are no terrible choices, but we have our picks. So, let us introduce you to Monster Train: All Exiled Champions ranked from weakest to strongest!

If you want to play Shardtail Queen, you'll have the best chance of success if you create a deck focused on Imps. These puny servants of darkness can be devastating because the Queen is using them as deadly projectiles. She can upgrade in three ways:

Solgard the Martyr focuses on spells. To succeed, you'll need to create a deck with a few minions—a risky strategy that can leave your hero unguarded. You can upgrade this sea creature with shard-dependent variations:

Primordium is a support unit that combines his gastronomy skills to buff other minions. His primary responsibility is to feed other units. Simply put, they will eat him to gain his buffed stats. His death can be temporary, however, as he can return with the previously buffed stats. His upgrades are:

This little creature has everything you need if you prefer an offensive style of play. Little Fade has low health points, which can be good if you focus on Extinguish ability (dies and gains stats). Her upgrades are:

Wyldentren is a strong champion who can deal massive damage and take care of himself simultaneously. He is arguable the best exiled champion because of his ability to Root opponents (they can't move to the next floor). And because the Sweep attack hits everyone, your enemies must kill Wyldentren to move up. His powerful upgrades are:

If you're interested in the Best Card Games, check out Best Hearthstone Battlegrounds Cards, Tips For Starting or Returning to Hearthstone, and How to craft cards in Yu-Gi-Oh! Master Duel on Pro Game Guides.