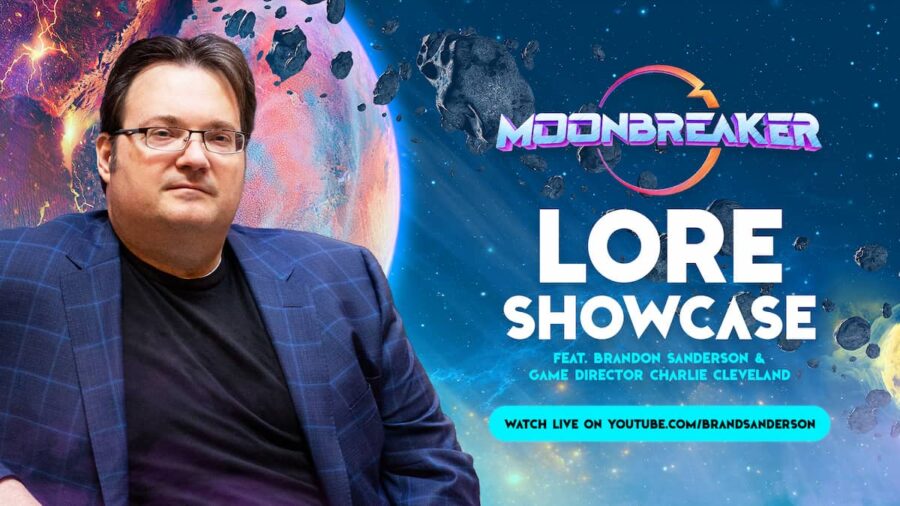 Brandon Sanderson, the author of the Mistborn series, The Stormlight Archive, and more, will present a Moonbreaker Lore Showcase with Charlie Cleveland, Game Director for Moonbreaker, on September 27, 2022. Moonbreaker is a turn-based strategy game meant to replicate a tabletop tactics experience. It has already had two free-to-play test weekends and is set to open for Early Access on September 29, 2022.

Brandon Sanderson has a massive fanbase for his work in the Science-Fiction and Fantasy genre. He recently broke Kickstarter records when he announced a project to sell four books that he didn't intend to write until he found himself with extra time on his hands due to the pandemic. His involvement in developing the story and lore of Moonbreaker should be reassuring to players anticipating the game when it opens for Early Access next week.

Via the official website, we know that Moonbreaker will be set in a solar system with many moons held in orbit by Cinder, a fought-after resource in the game. The developers also hosted a Reddit AMA yesterday in which Charlie Cleveland detailed Brandon Sanderson's work. He described it as a "compelling, accessible, science-fantasy world" and noted that Brandon had "created all our captains and their stories, as well as how they all link together (kind of like Canterbury Tales, in space)."