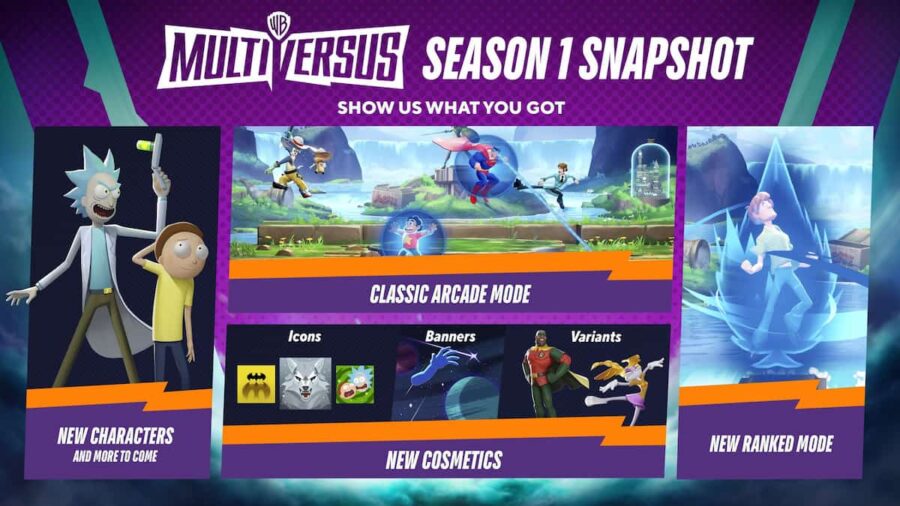 After an initial delay, MultiVersus' Season 1 will officially begin on August 15, 2022, and will feature a new character in Morty on August 23, 2022. In addition, players will be able to level up and earn rewards from a new battle pass.

The official MultiVersus Twitter states, "We’re excited to announce Season 1 will begin on August 15 with a brand-new Battle Pass for you to earn in-game rewards! We can also confirm Morty will join the character roster on August 23 as part of Season 1." Further comments from the developer revealed that the season's content would not all be available on the same day.

Players can expect an arcade mode, ranked mode, new cosmetics, and more to be included in MultiVersus' first season, along with new characters and battle pass rewards. Rick will be the second character after Morty added this season, giving fans two new characters to use and learn.

Season 1 was initially scheduled to go live on August 9, 2022, but received a slight delay. This had fans worried, but thankfully the developer has managed to bring Season 1 sooner than expected after announcing the delay.