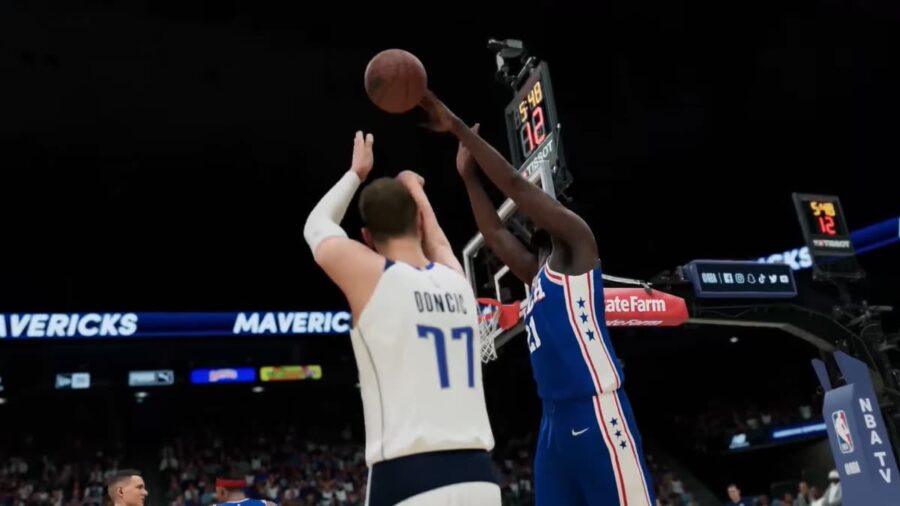 Defense received a noticeable upgrade from NBA 2K21 to NBA 2K22. Players get blown by on defense less often and are able to better shuffle and defend dribble moves and drives. Out of the 20 Defensive Badges, there are a few that are extremely helpful on defense in this year's title. Here are the best Defensive Badges to have in all situations.

Defensive Leader increases the defensive ability of all players on the court and, at HOF level, reveals opposing players' potential shot percentages. This badge is a must-have for defensive players and will benefit the entire team.

Intimidator is back this year with a little bit of an upgrade it seems. Intimidator reduces the shooting success of opposing matchups while guarding them. This year, Intimidator also increases the defensive rating of the player when tightly guarding the opposing player. This badge is very handy in slowing down tough matchups and playing suffocating defense.

Tireless Defender reduces the amount of energy exerted on defense. Stamina is a big aspect of 2K this year, so conserving stamina is important. This badge may not need to be upgraded very high to be effective, so bronze or silver is enough. Early on into MyPlayer, this badge will be very useful because stamina will be lacking before attribute upgrades.

Pogo Stick is one of the most useful badges for playing defense down low and reducing the time it takes to get back in the air. Pogo Stick allows the player to jump more quickly after an initial jump block. This is helpful to both big men and other players, and it's especially helpful now that the Fast Twitch Finishing Badge also affects the jump quickness of offensive players.

Clamps is a very useful badge for on-ball perimeter defenders and can benefit big men caught in switches. However, with the defensive mechanics getting an upgrade this year, Clamps may not be a necessary badge. That said, it can still provide a big advantage against fast, offensive players.

There are a good number of Defensive Badges that can be all-around helpful. Here are some honorable mentions that are also smart choices to have in your loadout: