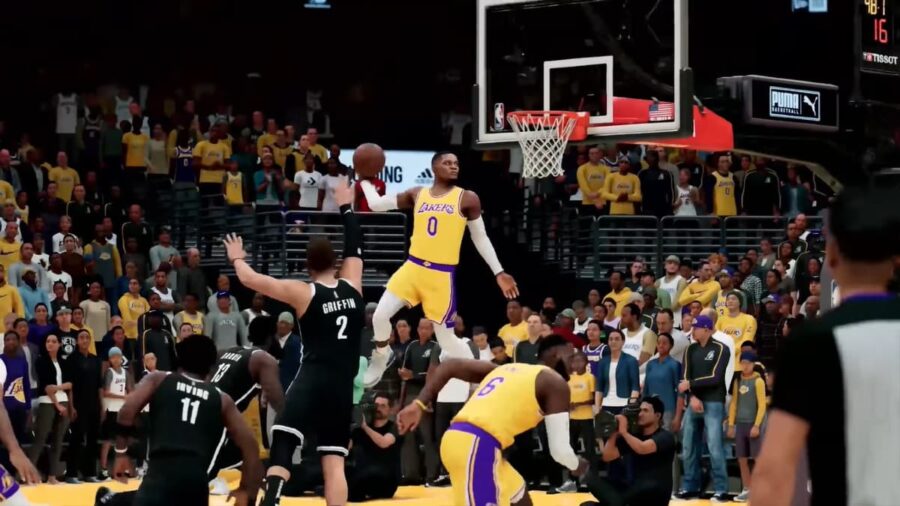 Each of the 20 Finishing Badges can be handy in different situations, but there are a few that universally can give players an advantage finishing around the rim. While a player's archetype and playstyle will determine what badges they focus on, here are the Finishing Badges that will help any player.

Fearless Finisher decreases the amount of energy lost on contact layups and increases the ability to finish through contact layups. Since stamina is important in 2K22, every player who likes to drive the lane would benefit from this badge. With the improvement of defense in 2K22, many players are able to make contact near the basket to prevent easy layups, so this badge will improve and-1 chances and keep energy from plummeting.

Unstrippable is one of the new badges in NBA 2K22 and can be very handy when facing lockdown defenders. Unstrippable reduces defenders' ability to strip the ball during layup attempts. Stealing attributes affects defenders' ability to strip the ball more, but players with high steal ratings can be dangerous to perform layup drives and gathers around. It is not as important to upgrade this badge, but even having bronze will result in fewer strips and more shooting fouls.

Like last year, Pro Touch is a great badge for players to get a little edge in layup attempts. As long as players can find the right timing on their layup package, this badge will help convert those layups—especially early into MyPlayer when trying to earn Finishing Badge points.

This badge is a fun one to have and can benefit nearly every player who likes basket cuts, transition plays, and pick-and-rolls. Lob City Finisher increases the ability to finish alley-oops, which can be performed by players of all sizes. This badge is especially useful on next-gen since there is alley-oop timing and the ability to throw alley-oops off a bounce pass.

Fast Twitch is another new badge in NBA 2K22 that increases the player's ability to quickly jump for a standing layup or dunk. This badge is pretty situational since it only affects standing attempts, but it's the perfect counter for the pesky Pogo Stick defensive badge. Every player can benefit from beating a defender in the air at the basket, and this badge will help draw more under-the-basket fouls.

Some of the Finishing Badges cater to big men in the post and can drastically help strong post scorers. Here are some of the badges that will specifically help big men score in close: