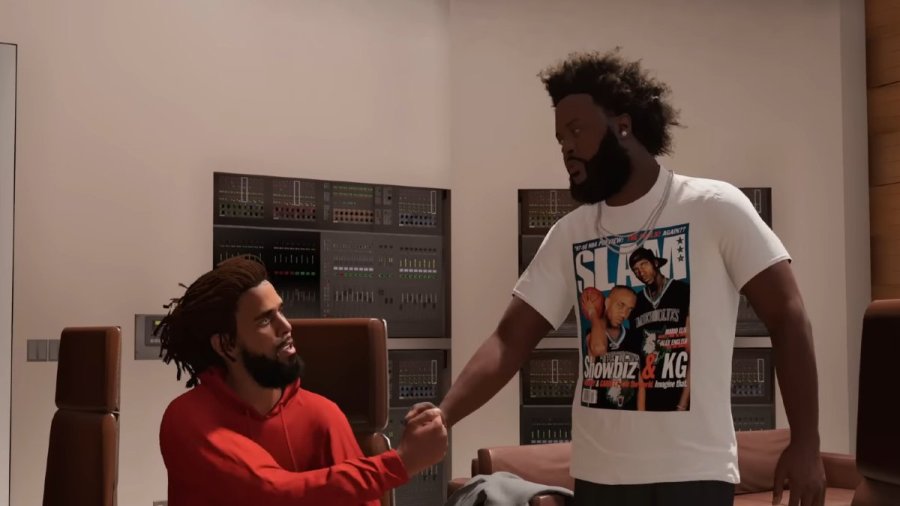 NBA 2K23's MyCareer mode allows you to create your own player, compete in events, and take on quests and challenges from NPCs around The City. A new quest features rap icon J Cole and tasks you to travel around The City and complete multiple challenges. Here is how to complete It's a Cole World quest in NBA 2K23.

The first stop in the quest is to go to the Vinyl Shop and talk to Marvin Castleberry. You will then have to complete a three-question music trivia. Here are the answers:

After winning the rap battle, you will head to Rita's to get more information on PHD Monk. You will go downstairs to engage in another rap battle. Here are the verses you will need to say:

After your second rap battle, you can play a 3 vs. 3 game with J Cole at his Dreamer Court. The Dreamer Court can be found in an alleyway east of the Beasts' area. The game is to 21 and can be repeated as many times as necessary to win. You will still get VC and XP for playing each time, but you will need to win to progress through the questline.

After the game, you will have to compete in yet another rap battle. This rap battle has 12 lines that you must complete, so it will be long. Here are the verses you must say to progress further into the It's a Cole World quest:

It's a Cole World Quest rewards in NBA 2K23

After your last rap battle, you will have to go promote your new song at 98.9 The Flex. You will then have to talk to a few NPCs and play a few NBA games to complete the quest. The questions from NPCs do not have the right answers and will only affect your MyPlayer Leadership Skills. Once you complete every objective, you will meet your team in the plaza and get your rewards.

Completing the It's a Cole World quest rewards you will the DJ Station, +50 music, new arena sounds, and 60,000 MVP points.

The quest featuring J Cole may be pretty challenging, but it offers a lot of rewards, and seeing J Cole in-game can be very cool. The rap star has been featured on the front cover of the NBA 2K23 Dreamer Edition, a rare GameStop exclusive.