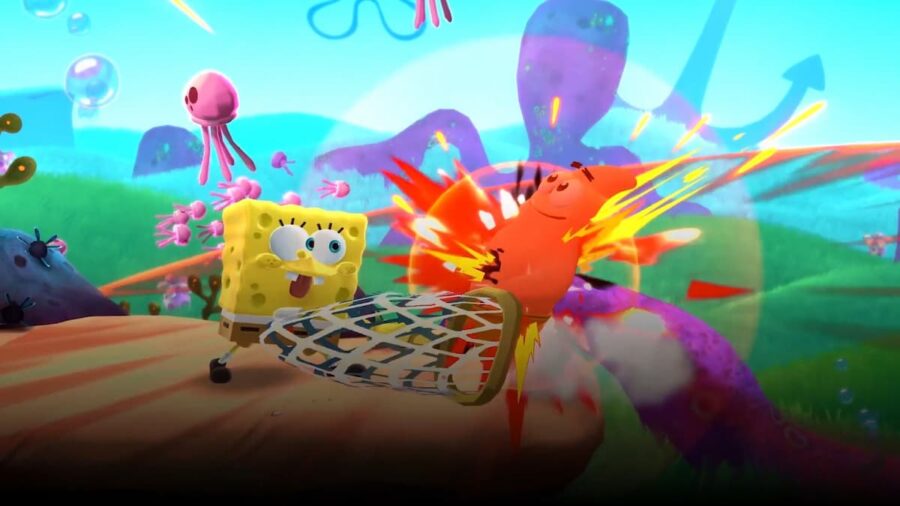 A new fighting game is coming soon! It was announced by IGN on Tuesday, July 14, that Nickelodeon All-Star Brawl will be coming soon to many different platforms. The game is created by Ludosity and Fair Play Labs, with the game being published by GameMill. Nickelodeon All-Star Brawl will be very lighthearted and feature Nickelodeon characters duking it out on a platform with chaotic physics and fun fighting moves. This title takes inspiration from games like Super Smash Bros.

While announced on IGN, it was made known that Nickelodeon All-Star Brawl will be available for PlayStation 4, PlayStation 5, Xbox One, Xbox Series X/S, and Nintendo Switch. The game is rumored to be available on PC, though there seems to be little in the way of confirmation here, so we can't verify this claim. The title will be available in Fall 2021, with no specific date currently available. We'll keep track to see when more specific details are announced.

Related: When does Company of Heroes 3 Release?

The game, which will be available on many different consoles, does not have a solid release date, yet. With this in mind, it is not surprising that there are no options for Pre-Order. We aren't sure if this will change soon, but we'll keep an eye out for more solid details on the game as time goes on.

Did we miss any information about Nickelodeon All-Star Brawl? If so, leave a comment below!

Want to read more about upcoming games? Check out When is the release date for Atomic Heart? on Pro Game Guides.

All Characters in Nickelodeon All-Star Brawl