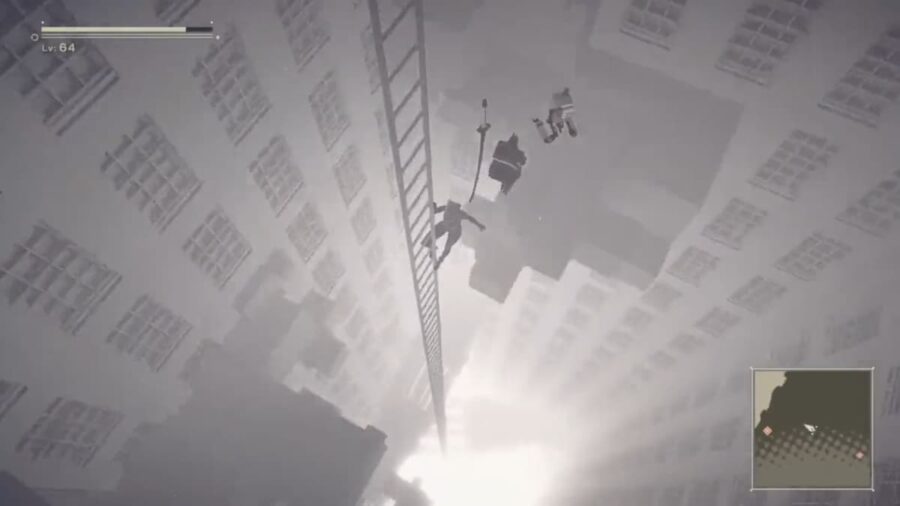 On February 23, Nier and Drakengard series creator Yoko Taro famously stated that all the secrets in NieR: Automata had been discovered during the game's anniversary stream. Well, that seems to have been a slight deception on Yoko Taro's part, as yesterday (July 25), a player unveiled what truly may be NieR: Automata's final secret: A hidden church within the Copied City.

The discovery was first made when Reddit user sadfutago posted a thread on the Nier subreddit asking, "why can't my friend access the church?" When pressed about what he meant, sadfutago uploaded a video revealing a hidden area.

Related: How to unlock the Nier Automata Pod 602 Mount in Final Fantasy XIV

In a subsequent video, even more was revealed. By entering a secret door in the Copied Factory, as Branch C protagonist A2, sadfutago could climb down a ladder, travel along a strange corridor, and enter a mysterious church. This church is the final mystery of NieR: Automata.

But what the mystery exactly "is" is unclear. Initially, some thought it was a reference to the original NieR: Replicant and church-like buildings within that game's story. However, the building doesn't resemble any structure in that game or its remake. Multiple theories are circulating, from it being just a developer room (Hidden room devs use to store items, data, textures, etc.), to mods, or even just an unfinished area left in the game.

However, the most baffling thing is that no one currently knows just how sadfutago was able to enter the room. No one has currently been able to replicate the steps. It's clear the player had hit some kind of trigger to make the room accessible, but no one has been able to repeat the feat. Until it's discovered, this mystery will remain the tantalizing final secret of the game.

NieR: Automata fans blown away by secret church only one person has found