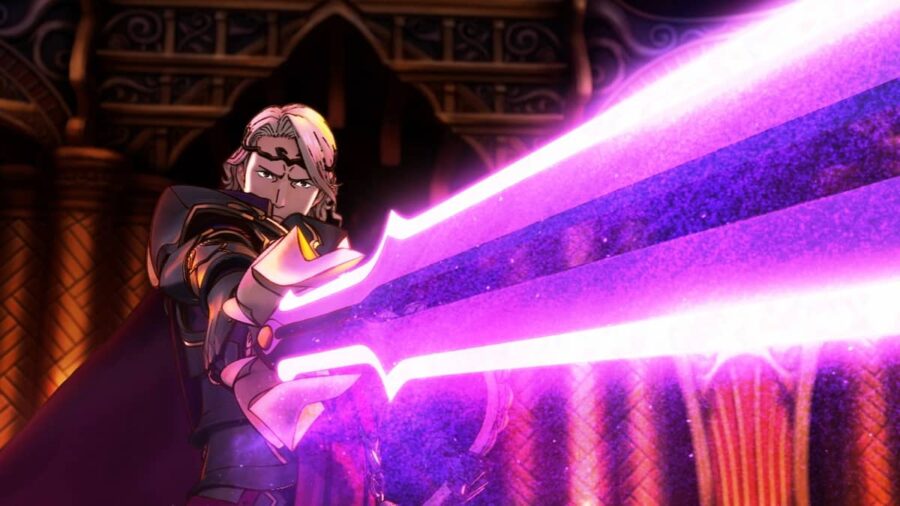 Nintendo announced that they’d be shutting down the 3DS’ Nintendo eShop in Mar. 2023, and payment services earlier than that. This is sad news, as the 3DS had one of the best libraries, most especially RPGs, any console can have. Plus, a ton of its games are exclusives—some of them are even eShop only!

So, before we say goodbye to the 3DS eShop forever, below are the best games you shouldn’t miss out on:

Nintendo may have ported Miitopia onto the Nintendo Switch, but we have yet to see Tomodachi Life, the other 3DS exclusive Mii game. Tomodachi Life plays a little similarly to the Sims if the Sims were Miis. You manage a small town and leave Miis to their own devices for the most part as they go on trips, get married, and grow their family. There’s a lot of chaos and drama, and it’s difficult to control where relationships go—just like real life!

Luigi’s Mansion: Dark Moon is one of the best games you can get on the 3DS. It’s an explorative puzzle adventure game where no room (or rules!) are ever the same. Combine this with amazing visuals, hidden secrets, and well-written humor, and you’ve got yourself a great Luigi game.

The Sun and Moon games proved that mainline Pokémon games didn’t have to stick to the formula. In the Alola region, they have Ride Pokémon, for example, and trials instead of gym challenges. It’s also where regional variants were first introduced.

Compared to Sun and Moon, Pokémon Ultra Sun and Ultra had more content, an amazing post-game, and every Mega Stone. The developers even made an effort to fix the main story in small but meaningful ways, which led to a more satisfying conclusion. If you haven’t played Sun or Moon, then it’s best to purchase one of the Ultras.

Shin Megami Tensei IV is the best game to dive into if you’re new to Shin Megami Tensei. Concepts are easier to learn, and they contain many mechanics the series is known for, like fusions, demon recruitment, and god fighting. The story is quite dramatic and bitter, despite the protagonist leading a team of samurai teenagers.

If you enjoyed its ending, you could also purchase Shin Megami Tensei IV: Apocalypse, a sequel with a twist.

The Legend of Zelda: A Link Between Worlds

Its story may not be the strongest, but A Link Between Worlds has one of the best gameplays in The Legend of Zelda series. It’s a little like Paper Mario. Link can stick onto walls and other flat objects, allowing him to avoid traps, cross maps, and even fight enemies. Because of this, the game had really good maps and better puzzles. The art style is pretty cool, too, emulating the Link of older Zelda games.

In terms of narrative, gameplay, and characters, no Fire Emblem game on the 3DS can ever beat Shadows of Valentia. It’s a full remake of Fire Emblem Gaiden for the Famicom. The game has Alm and Celica's protagonists, whose stories are told in alternating chapters. You control both of their armies. The maps in this game are absolutely fantastic, and the story is one of the most well-written in the franchise.

On its initial release, Fire Emblem Fates was divided into two games: Birthright and Conquest. The game you chose determined whether you stayed to fight a war of conquest or go back to your place of birth. Revelations is the route where you choose neither and forge your own path. You can recruit units from both sides and view what is considered to be the "true" ending of Fates.

Unfortunately, the only physical copy you’ll find of it is the very expensive limited-edition set. If you don’t want to pay a stupidly high price to play Revelations, you need to purchase it before it goes away.

Dual Destinies and Spirit of Justice, or Ace Attorney five and six, are direct sequels to Apollo Justice: Ace Attorney for the Nintendo DS. Apollo Justice is the sequel to that if you've played the Phoenix Wright trilogy. Dual Destinies and Spirit of Justice tell the story of Phoenix Wright in his 30s and his two mentees, Apollo and Athena, in their efforts to change the legal system for the better.

Both didn’t get released physically. When eShop closes, you’re never going to be able to play both unless Capcom decides to port them.

Professor Layton is a puzzle adventure video game series that features an English archeologist named Professor Hershel Layton. The games will have you solving near-"supernatural" mysteries and story-prompted puzzles that test logic and reasoning. If you like brain teasers, you'll love the Professor Layton games.

Since we’re already on the subject of archeologists and defense attorneys, it’s obligatory that you know of the crossover game no fan saw coming. Join Professor Layton and Phoenix Wright as they solve the mystery of the witch trials of Labyrinthia, a town from a storybook they were sucked into.

It combines the gameplay of both franchises involved, so expect a lot of court arguing and brain teasers. If you’re a huge fan of even just one of the protagonists, this game is a huge treat.

If you've ever played Octopath Traveler, Bravely Default was created by the same development team. When JPRGs tried to be different, Bravely Default went back to its roots and brought back the turn-based/turn-order battle formula with new mechanics. The characters are likable, and the story is very well-written (with unexpected twists!).

Plus, Revo, the madman behind many of the soundtracks in Attack on Titan, composed its entire album. It’s a crime that Square Enix hasn’t ported it to other platforms.

Kid Icarus: Uprising was a game nobody was expecting when it came out. After all, the last Kid Icarus before it was released for the NES. People assumed Nintendo forgot about it. However, Uprising delivered surprisingly well. It’s a third-person shooter, action/adventure game that lets you control Pit, an angel who can’t fly. Pit has access to nine types of weapons, many of which you can use simultaneously to pull off numerous combos.

Of course, while it's gameplay-focused, plenty of fans have fallen in love with the characters, lore, and witty banter. We're particularly fond of this game's version of Hades!

12 3DS games to buy before the Nintendo eShop closes down