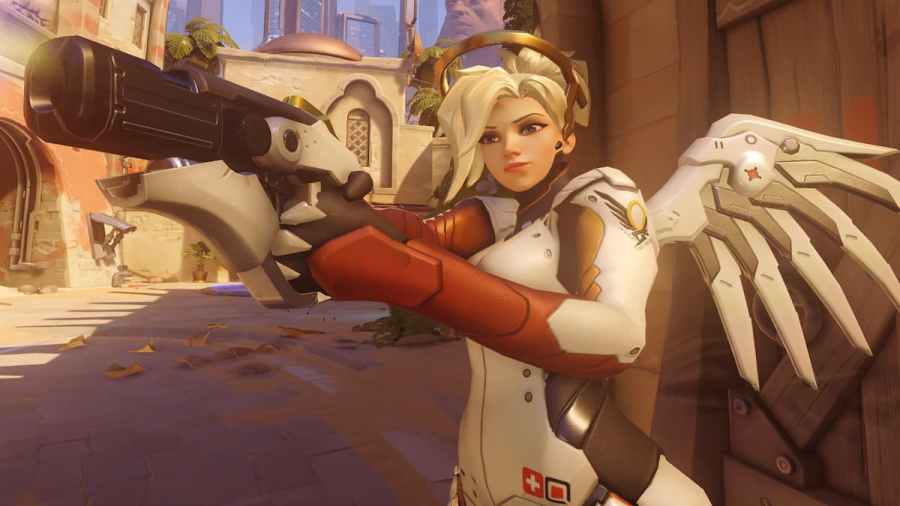 Mercy is the guardian angel of Overwatch, a kind soul who seeks to protect those in danger. She is an excellent healer and was once considered a mandatory pick in the first game. With her Resurrect ability, she can do what no other hero can- revive the dead. Come join us as we explain how to play Mercy effectively in Overwatch 2.

What is Mercy's role in a team?

Mercy excels at single-target healing due to her massive healing per second. Since enemy Damage heroes easily pick her off, Mercy must flit between teammates with Guardian Angel, ever on the move. When allies have full health, she can grant them a damage boost with her staff. Although all her abilities are helpful, her Resurrect ability has unprecedented utility. If she stands next to an ally recently eliminated, she can bring them back to life, allowing them to fight again.

How is Mercy different in Overwatch 2?

The primary element that has changed is Mercy's Guardian Angel movement. In the first game, you could super jump to launch yourself into the air, but it wasn't a feature. In Overwatch 2, her Guardian Angel ability now has a meter. When this meter reaches its max level, the acceleration of Mercy's jump cancel or dash cancel is greatly increased.

Guardian Angel can also be canceled mid-flight and shoot you in the opposite direction if you cancel Guardian Angel while walking backward and pressing jump. In addition, Mercy's Angelic Descent ability can now be activated by pressing crouch or jump. Although Mercy's Angelic Descent previously only slowed her descent, it can now slow her ascent. Lastly, Mercy's Regeneration passive boosts the universal Role: Support passive effectiveness by 50%, granting her 22.5 health per second rather than 15.

Here are Mercy's abilities, along with their purpose in battle.

Related: How to unlock the Sukajan Kiriko skin in Overwatch 2 – Twitch Rewards

After playing Mercy for an extended amount of time, there are a few gameplay tricks you pick up along the way. Here is some advice for newer Mercy players.

For more Overwatch 2 guides, come check out How to use all Healers in Overwatch 2, Explained here on Pro Game Guides.

How to play Mercy in Overwatch 2 – Abilities and Tips