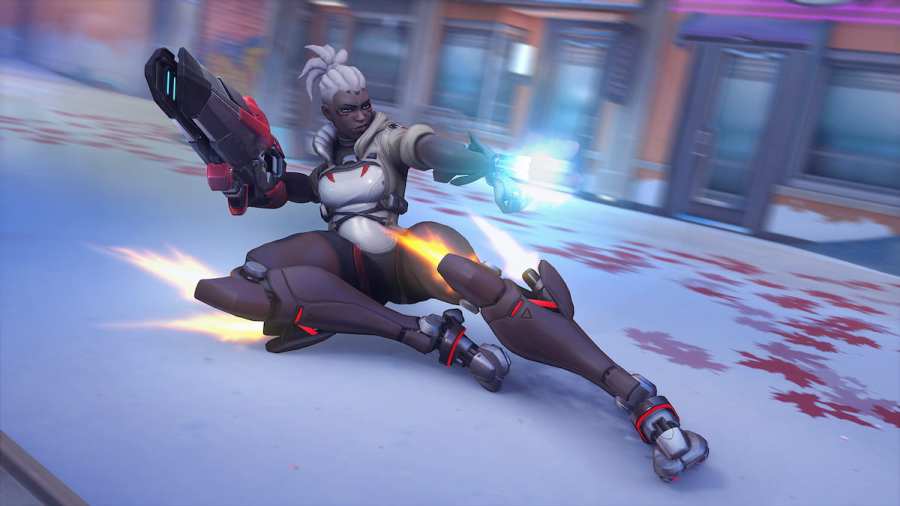 Sojourn is a DPS character in Overwatch 2 who uses her Railgun and movement to control the high ground and lanes of the battlefield. Sojourn, Kiriko, and Junker Queen are the new heroes released with Overwatch 2. Sojourn may appear similar to Soldier: 76, but her unique weapon makes her stand out. Here's how to play Sojourn in Overwatch 2.

Sojourn is a DPS that can apply consistent pressure to battlefield areas with her Railgun and one shot potential of her charged shot. Players can use Power slide to reposition and as a super jump to take high ground advantage over choke points easily.

If you have played Soldier: 76, the Sojourns playstyle will be familiar to you. Soldier: 76 damages enemies with his Heavy Pulse Rifle and finish them with Helix Rockets. With the Railgun, the same combat flow is used with Sojourn's Primary and Secondary fires. Sojourn has high vertical and horizontal mobility with the Power Slide, which players should use to maintain the high ground advantage and avoid getting too close to enemies.

For more Overwatch 2 hero guides, check out How to play Pharah in Overwatch 2 – Hero Guide here on Pro Game Guides.

How to play Sojourn in Overwatch 2 – Hero Guide