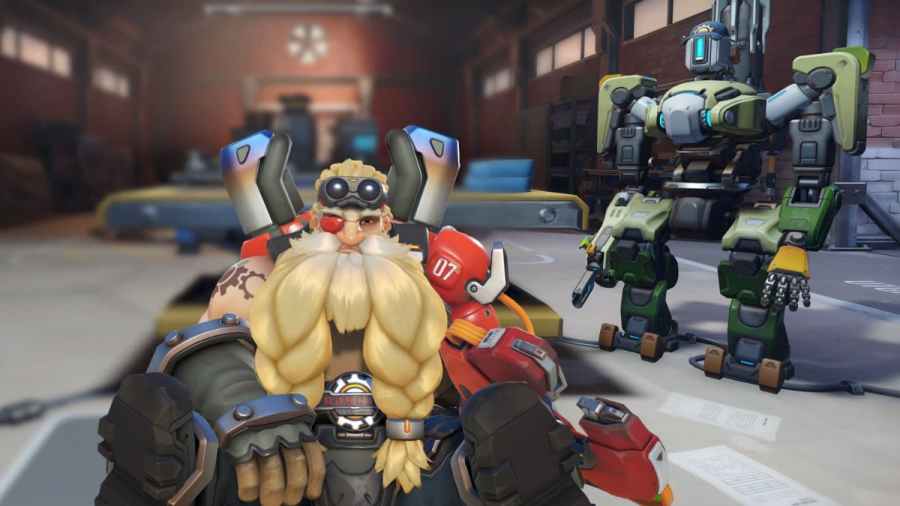 Overwatch 2 is a multiplayer team shooter where balancing heroes' skills are essential. If only one character is overpowered, that can break the game. Sometimes hero abilities become too strong, and sometimes some bugs make them too strong (or too weak). So why are Bastion and Torbjörn removed from Overwatch 2?

Why can't I play as Bastion and Torbjörn in Overwatch 2?

There are several reasons why you can't play as Bastion and Torbjörn in Overwatch 2. Although there were substantial damage hero changes, they are unavailable at the moment because of the bugs. Those glitches made them much more powerful, especially Bastion. Interestingly, Torbjörn is still playable in Quick Play (but not in Ranked), while Bastion is completely removed.

Why is Bastion removed from Overwatch 2?

Bastion maybe wasn't the worst hero in Overwatch 2, but it's not like he was a popular choice. But his ultimate ability glitch made him king for a day, as many players wanted to try that unlimited mortar fire. It was fun while it lasted, as Blizzard quickly realized that Bastion's Configuration: Artillery is broken. This "back to the drawing board" situation is maybe a chance to apply more impactful fixes so Bastion becomes playable.

Is Torbjörn completely removed from Overwatch 2?

From the start, Torbjörn was an odd man out as he's not valuable enough to be picked regularly by Overwatch 2 players. Even his glitch with the Overload ability, where you can extend its duration in some situations. It seems this is not as much a problem as Bastion's bug, as you can still play as Torbjörn, but only in casual matches.

When will Bastion and Torbjörn be playable again?

Depending on the level of fixes Blizzard intends to apply, Bastion and Torbjörn will be unplayable for a few days or even a couple of weeks. There's no rush, as it's always better to wait a bit than to have them broken. In the meantime, Blizzard has more bugs to fix, as some players had other heroes missing. Luckily, that bug was resolved quickly, but there will always be something with complex games like Overwatch 2.

For more information on Blizzard's hero shooter, find out Which class should you play in Overwatch 2 on Pro Game Guides.

Why are Bastion and Torbjörn removed from Overwatch 2?