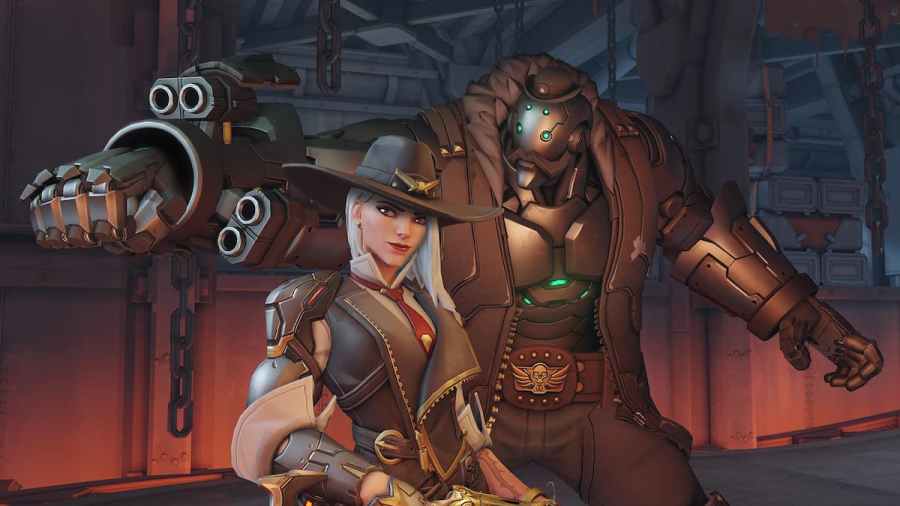 The most effective strategy in Overwatch 2 is to dominate the opponent with overwhelming force. And who's better at dealing damage to enemies than DPS heroes? They have only one mission: to destroy everyone standing in their way. Because damage characters focus on offense, they tend to die quickly and need help from tank and support heroes. We've ranked all available DPS heroes in Overwatch 2 to make your choice easier.

Which are the best DPS Heroes in Overwatch 2?

Poor Torbjorn is not as bad of a character as everybody else is simply better. It seems like we'll see more of him in the future. As it happens, he's been withdrawn from Ranked play, so his ultimate ability can be fixed.

Echo can do a lot of different things, but it feels like there are better choices of heroes out there for most of her skills. Yes, she can fly and glide, but these aren't that dominant abilities, especially in narrow spaces when moving by foot is the best solution.

Mei was popular in the original Overwatch because of her ability to freeze enemies. That skill was nerfed in the sequel, so she's no longer as dangerous as others. She has other skills, such as Ice Wall, that make her a valuable team player.

Sombra is one of those characters that can be great in skilled hands but awful if you don't know her well. Also, she can be the weak link in a poorly built team because she's more of a disruptor than a damage dealer. But then again, if you know how to use her abilities, especially EMP and Stealth, you'll wreak havoc on unsuspecting enemies.

If you want to be close to enemies when you deal with them, Symmetra is one of the better options. Teleporter ability enables her to travel between distant locations and Photon Barrier, creating an energy wall that can create fascinating battlefield situations. That means she's better equipped to go behind enemy lines than lead the charge.

Hanzo came from Overwatch almost unchanged, so you know what to expect from him. If you were a fan of his bow attacks, he'd still be your main in Overwatch 2. After all, who doesn't like ninja tricks like climbing up the walls, double jumping, or unleashing dragons?

Reaper is a solid hero, but it feels like something must happen before he becomes more useful in matches. Meta can be cruel to some characters not because they're bad but because others are simply more useful. That can change soon, but for now, Reaper is a good option if you don't have a better DPS hero available.

Bastion is a DPS character, but he's more of a tank, at least by his looks. He's a moving cannon that's easy to use, making him a popular beginner choice. Ok, he had that infamous Bastion glitch, but aside from that, Bastion is a good choice if you like inflicting massive damage on enemies.

Ashe is one of the best pure DPS heroes in the game. With her, it's simple: you deal lots of damage and do it fast. Here you won't find some magic items, teleports, flying, and other gimmicky stuff. She has a rifle, gun, dynamite, and a faithful robot named BOB, who acts as a bowling ball with arm cannons.

If you're a Wild west fan, your natural choice is an Eastwood-like "Man with a Different Name," Cassidy (formerly McCree)! This gunslinger is great at close and medium distances, where his Peacekeeper revolver can outduel almost any opponent. He now has a Magnetic Grenade that acts as a homing sticker bomb, which also helps in challenging situations.

Sojourn gives fans of classic first-person shooters another option. She's played similar to Soldier 76, but you'll need some practice to get used to her Power Slide skill that combines sliding and jumping. Also, like in every modern FPS, you must be precise while moving fast.

It's always great when you can fly and carry a rocket launcher. Also, a Barrage ability where Pharah launches a volley of mini-rockets is a big plus. As she can be very deadly, opponents often try to kill her first, which can be tricky as she can Jump Jet and Hover Jets abilities to take her out of dangerous situations.

Widowmaker is still the best choice if you're a fan of old-school sniper action. She has one job, and she does it exceptionally well. Of course, sniping is not easy, but in the hands of a skilled player, she can be very deadly. The downside is that she's not that good in direct combat, so try to run away and hit enemies from a distance.

Junkrat can deal massive damage if you know how to play with him. He's focused on explosions, with which he can eliminate almost any hero with few hits. He's so annoying that even when he dies, he lays waste thanks to Total Mayhem ability that drops bombs on death.

Tracer is one of the most famous heroes, as she's the face of Overwatch 2. It feels like she's even faster in the sequel, which is excellent news for every player that invested time in mastering her skills. It's always nice when you can teleport around using the Blink ability or simply turn back time with the Recall skill.

Genji is still a bona fide choice for offensive-minded players. This high-tech ninja has all the tools needed to bring down any enemy, especially tank heroes that took significant changes. Thanks to Swift Strike ability, Genji can create destructible combos, but it takes time to master playing him. Also, his low health will force you to moot and retreat often.

Soldier 76 is still the best choice if you love to play with a classic first-person shooter archetype. Also, he's not changed much from his Overwatch 1 days, so you can continue where you've left. It's straightforward to learn playing Soldier 76, and it certainly helps to have easy targeting thanks to Tactical Visor's ultimate ability that allows automatic aim.

For more information on Overwatch 2, check out All Damage Hero Changes in Overwatch 2 on Pro Game Guides.