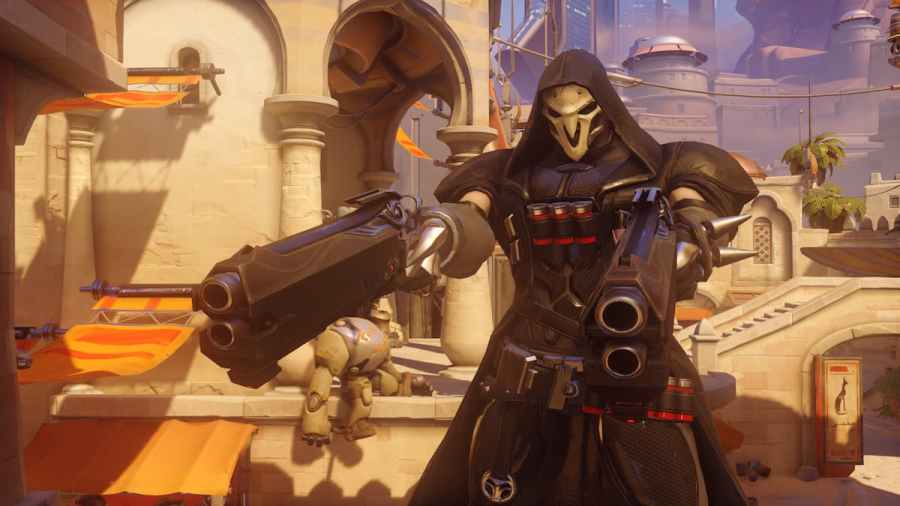 Reaper is a harbinger of destruction who haunts his opponents from the shadows. Some call him a wraith, born from loveless artificiality. Others, particularly Tank players, call him an absolute pain in the neck. Reaper is supreme in close-quarters combat due to his dual shotguns and lifesteal. He can shatter enemy formations with his ultimate Death Blossom before anyone has the chance to react. Here's how to play Reaper in Overwatch 2.

What is Reaper's role in a team?

Reaper's main role is infiltrating the enemy backline and causing havoc to their Support and Damage heroes. Since he can kill most heroes with two headshots, Reaper is excellent at quickly picking off opponents. His Shadow Step allows him to easily flank by teleporting toward the enemy without a sound. Although he is deadly in close combat, he is nearly helpless in long-range engagements.

How is Reaper different in Overwatch 2?

In Overwatch 2, the damage that Reaper's shotguns inflict per pellet has decreased from 6.0 to 5.4. His pellet spread has increased from 6.0 to 7.0. This slightly reduces the overall damage of Reaper's shotguns and demands greater precision from the player. However, Reaper has been inadvertently buffed due to the changes of other Overwatch 2 heroes. Since Cassidy and Brigitte can no longer stun opponents, they cannot reliably counter Reaper's Death Blossom ultimate. This makes Reaper a stronger hero and reduces the number of heroes who counter him.

Here are Reaper's abilities, along with their purpose in battle.

After playing Reaper for an extended amount of time, you pick up some gameplay tricks. Here is some advice for newer Reaper players.

For more Overwatch 2 hero guides, come check out How to play Sombra in Overwatch 2 – Abilities and Tips here on Pro Game Guides.

How to play Reaper in Overwatch 2 – Abilities, changes, strategies