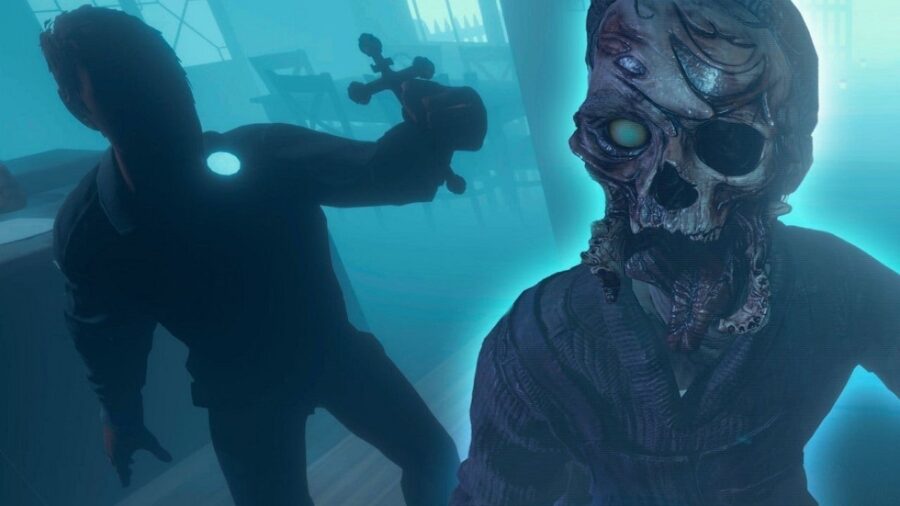 Phasmophobia has truly hit the world by storm; gamers all over the world of hunting ghosts together! Though you can play with randoms using the lobby system, sometimes it's better to play with a close few friends and have a chill night. Or change that chill night to having a few drinks at the same time. By few, we mean a lot.

Who's up for a Phasmophobia drinking game, for all you adults out there that want to down some liquid courage while hunts ghosts? Well, now you can, but tweak up the rules ever so slightly if you wish, as well you may get one and truly sausaged. Remember, drink responsibly, and only if you are over the age limit!

Reddit user MrsGoldfinchQuinn decided to invent a drinking game on the Phasmophobia subreddit for you and pals to play that will let the banter flow freely, and the ghost no doubt having a whale of a time killing everyone easily! The list itself is pretty hardcore if you are drinking spirits, no pun intended... So it might be best to drink something lighter or have a separate drink for shots, best of both!

To start the drinking game, all items must be brought to the front door of the location, as no one is allowed to leave the premises unless under particular circumstances, such as looking for Ghost Orb evidence. However, you can tweak this by the person monitoring for signs in the truck has to take double the amount of sips when a player does to make up for encountering fewer spooks!

The rules are as follows:

Feel free to alter this up to find the rules that suit everyone in your team. As well during one game, you might already be intoxicated. Remember, swearing to the ghost increases its anger rapidly, so a team full of drunks swearing none stop might lead to 4 shots happening in succession very quickly. Without any doubt, playing this drinking game will be one hell of a fun night!

If you give this a try, let us know in the comments how it was, and if you tweaked the rules, how did you?

Phasmophobia: What to do When you are Dead