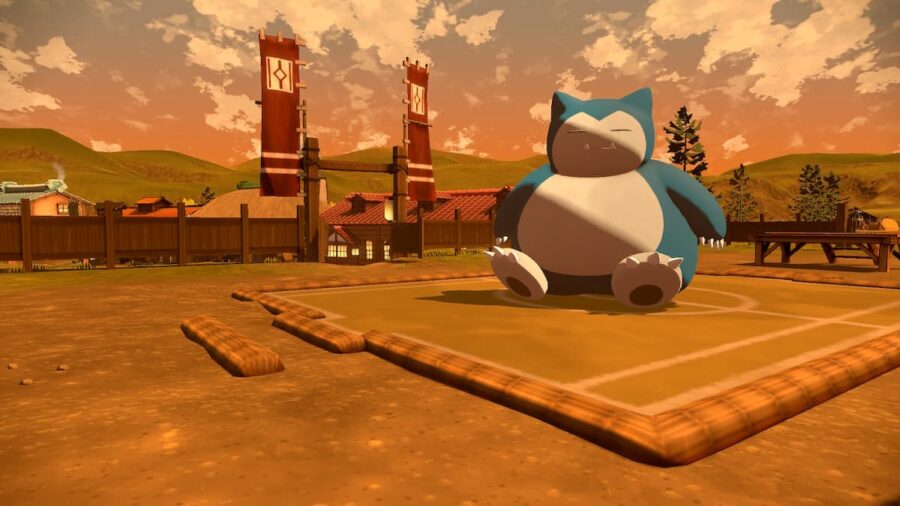 Snorlax's best moves in Pokémon Legends: Arceus are Crunch, High Horsepower, Double-Edge, and Giga Impact. We picked these moves based on Snorlax's base stats and the S.T.A.B (same type attack bonus). This bonus yields a 50 percent increase in damage output if the chosen move shares the Pokémon's typing.

While Crunch is a dark-type move, its attack power maxes out at an impressive 80 for Snorlax and provides great general coverage with 15 power points (PP). Perhaps most important, Crunch is a physical move like the others—Snorlax's move specialty; this Pokémon's base attack stat is among its highest, second only to its HP stat, and with that of its special defense. The rest, especially speed, come in either average or a bit below.

This means physical attacks rather than special attacks will always be Snorlax's forte in Pokémon Legends: Arceus. Many other powerful moves such as Hyper Beam or even Thunderbolt can be learned for a price from Zisu at the Training Grounds in Jubilife Village, but they are special attacks. This Pokémon's best moves are learned naturally as it levels up.

Purchased moves such as the dragon-type Outrage or thunder-type Wild Charge, while powerful, can be considered alternate options to Crunch, but they either allow for a lesser degree of control or they involve recoil damage with worse general coverage. The Rest move may also be a good option since it will recover HP—Snorlax's highest stat—at the expense of causing drowsiness.

Snorlax is the second and final evolutionary form of Munchlax, which can be found on Deertrack Path in the Obsidian Fieldlands (but you've probably encountered the Alpha Snorlax east of Lake Verity). Snorlax's power is among the strongest for non-legendary Pokémon and would be a great choice when facing off against the formidable Giratina. Be sure to also take advantage of its best nature, which adds a further 10 percent attack increase.