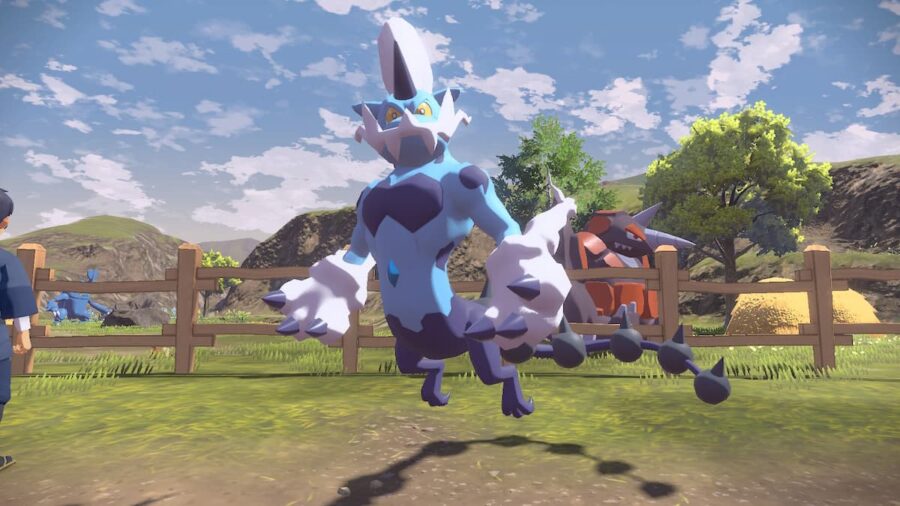 Therian Thundurus' best moves in Pokémon Legends: Arceus are Extrasensory, Thunderbolt, Wildbolt Storm, and Thunder. We picked these moves based on Therian Thundurus' base stats and the S.T.A.B (same type attack bonus). This bonus yields a 50 percent increase in damage output if the chosen move shares the Pokémon's typing.

Since Thundurus is an electric and flying-type Pokémon, we'll take a closer look at its best moves in question. Extrasensory is a special psychic-type move learned at level 31 (mastered at 43) with an attack power of 80—strong for a move that doesn't share the Pokémon's type. Thunderbolt is a special electric-type move that you can purchase from Zisu at the training grounds in Jubilife Village. Thunderbolt is this Pokémon's third-strongest move out of four, with a mighty attack power of 135, and it takes full advantage of the STAB. Wildbolt Storm is a special electric-type move learned last at level 52 (mastered at 65) with an immense attack power of 142.5.

Thunder is an electric-type move and Therian Thundurus' best offensive option, learned last at level 52 (mastered at 65), with a staggering power of 165. Like Wildbolt Storm and Thunderbolt, Thunder makes great use of the STAB—and as special moves, all, they make Therian Thundurus a formidable Pokémon. After all, special attack is Therian Thundurus' best stat by far, with its attack not far behind. The rest, especially HP, come in average or a bit below.

This means special attacks rather than physical attacks will always be Therian Thundurus' forte in Pokémon Legends: Arceus. Both stats are incredibly high, and many other powerful moves such as the physical electric-type Wild Charge or even Giga Impact can be learned for a price. Still, the latter requires an entire turn to recharge and would nullify any help Therian Landorus can provide with its already lowered speed base stat from its Incarnate Forme.

Other purchased moves such as Psychic or Hyper Beam are powerful special moves and can be considered alternative options, but both have noticeably low PP and they do not take advantage of the STAB. You may find a great use for Therian Thundurus in providing excellent coverage to get you through Hisui quickly and efficiently, over a longer amount of time and with PP to spare.

Thundurus is a part of the legendary Generation V trio, including Tornadus and Landorus, and can be found during the post-game only after getting the Reveal Glass from Cogita and completing the Pokédex entry for Enamorus. Touch Thundurus with the glass any time, and it will change between Formes. Therian Thundurus' power is high, especially as a legendary Pokémon, and would be a great choice to strengthen your party while building out your Pokédex. Be sure to also take advantage of its best nature, which adds a further 10 percent attack increase.