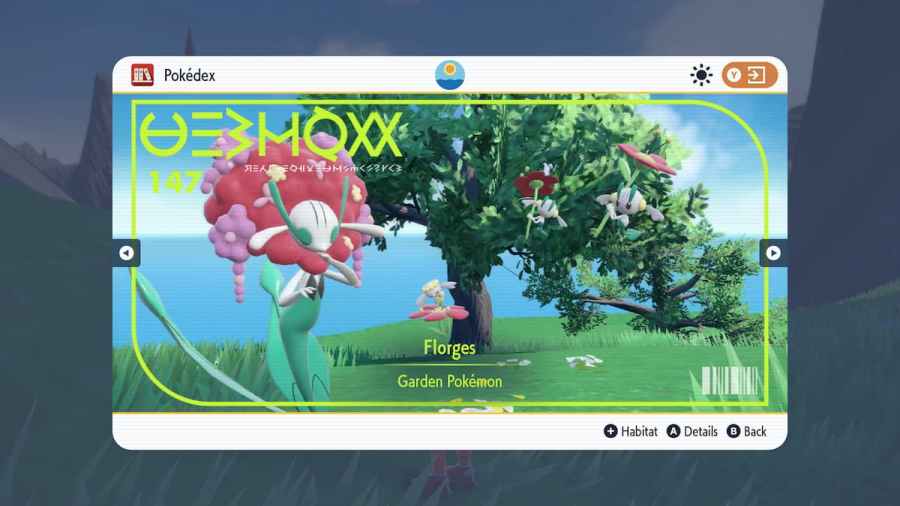 Florges is a Pure Fairy Type Pokémon with a very high Special Defense stat in Scarlet & Violet. It has a good Special Attack and can deal a lot of damage with high Base Power moves like Moonblast. It has many support moves as well, making it a good ally Pokémon in Double Battles or a good Pokémon to switch to when expecting a Special move. These are all of Florges's strengths and weaknesses, as well as what Pokémon best counter them in Scarlet & Violet.

What is Florges weak to in Pokémon Scarlet & Violet?

Florges has two weaknesses due to its Fairy Typing, but can take nearly any Special move due to its high Special Defense. It has high Base Power Fairy and Grass Type moves at its disposal, but players can take advantage of its limited movepool with the right Pokémon. Florges will take super effective damage from:

Florges's role as a support Pokémon is made stronger because of its Ability, Flower Veil, and its Hidden Ability, Symbiosis. Flower Veil will prevent both Florges and their ally Pokémon's stats from being lowered. Symbiosis will allow Florges to give its own Held Item to its ally if they have used their own already. Items like Berries can be used up by ally Pokémon, and Florges will be able to give them something like a Life Orb or another Berry.

Related: Where to get all forms of Flabébé in Pokémon Scarlet & Violet

What is Florges immune to in Pokémon Scarlet & Violet?

Dragon Type moves won't deal any damage to Florges. Their stats are safely protected due to Flower Veil as well, similar to how the Held Item, Clear Amulet, works.

What is Florges strong against in Pokémon Scarlet & Violet?

Florges has the highest Special Defense in Scarlet & Violet, making them a good defensive pivot for switches. It is best to hit Florges with Physical moves from Pokémon with a high Attack stat for this reason. It also takes reduced damage from:

Fairy is one of the best defensive Typings in the game, but because of Florges's glaring weakness to Physical moves, even a non super effective hit is capable of knocking it out.

What are the best counters to Florges in Pokémon Scarlet & Violet?

Revavroom, Bronzong, and Tinkaton are all good counters to Florges. Revavroom's STAB moves both hit Florges for super effective damage and it double resists Florges's Fairy moves with its Steel/Poison Typing. Bronzong is bulky all around and will also resist Florges's Fairy and Grass moves while dealing damage with any of its Physical Steel moves. Tinkaton isn't as strong of a counter, but its good Special Defense and Typing make it so Florges can hardly do damage while Tinktaton uses their Gigaton Hammer.

All Florges Weaknesses and Best Counters in Pokémon Scarlet & Violet