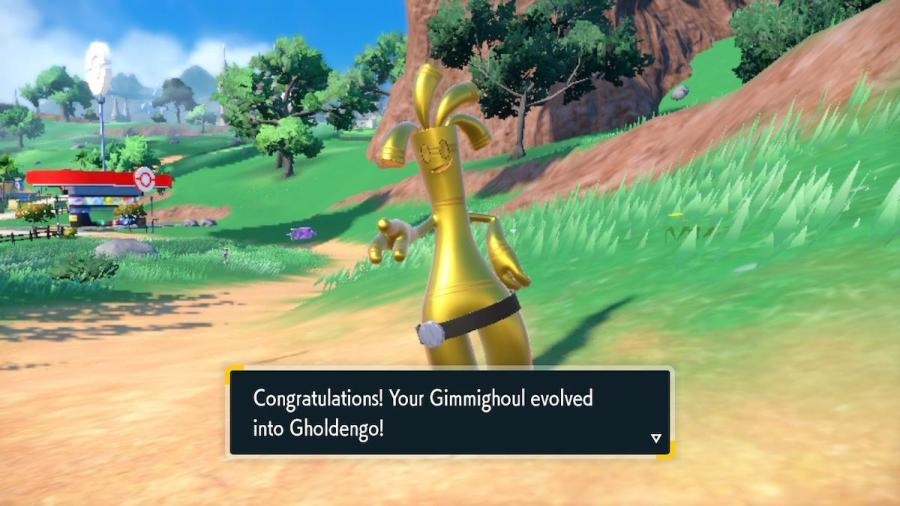 Gholdengo is a Steel/Ghost-type Pokémon first introduced in Paldea. It evolves from Gimmighoul after collecting 999 Gimmighoul coins and leveling the Pokémon up once. This Pokémon also has insane offense and defensive stats, making it good for PvP and Tera Raids. For this article, let’s talk about the best Gholdengo build for Tera Raids in Pokémon Scarlet & Violet.

Best moves to give Gholdengo for Tera Raids

Gholdengo should have the following moves:

Hyper Train Gholdengo’s HP and Sp. Attack stats to help it live longer and hit harder. Then, max out the EVs for the same stats with HP Ups and Calciums you can purchase from the Chansey Supply in Mesagoza. You can also make it hold it Sp. Attack-boosting items like Life Orb and Wise Glasses for a small boost in power. The ideal Nature for a Tera Raid Gholdengo is Modest.

A typical Tera Raid turn cycle with Gholdengo involves first the use of Nasty Plot three times to buff its Sp. Attack. Then, use Make it Rain to deal devastating damage. If the Pokémon is weak to Ghost-type moves, you can use Shadow Ball instead.

Since it’ll take a while to set up Gholdengo’s Sp. Attack prowess, use Recover whenever its HP is reduced to half. Stat buffs go away when Pokémon faint in Tera Raids. Also, be mindful of moments when the Tera Pokémon cleanses the party’s buffs. This includes the boons you get from Nasty Plot, so you’ll have to set up Gholdengo again.

Gholdengo can solo four-star and some five-star Raids, as long as the opponent doesn’t have high Sp. Defense like Blissey. However, it’ll need the support of a Pokémon with moves that lower Sp. Defense (like an Umbreon with Screech) to take on six-star Raids.