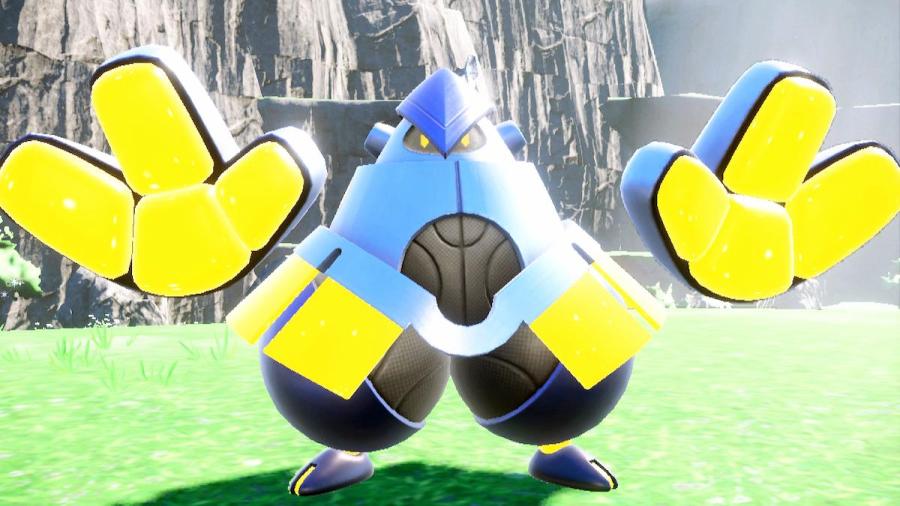 Iron Hands is a Fighting/Electric-type Paradox Pokémon exclusive to Pokémon Violet. It’s said to be a future version of Hariyama and one with better stats. But did you know that it’s also one of the best Pokémon to use during solo Tera Raids? Here's the best Tera Raid build you can give Iron Hand in Pokémon Scarlet & Violet.

Best moves to give Iron Hands for Tera Raids

Some of the moves on this list are replaceable but we think that Iron Hands should have the following:

If you have a Booster Energy, make Iron Hands hold it for the extra Attack power. Max out its HP and Attack EVs and Hyper Train the same stats. Its Nature can either be Brave or Adamant (again, for the firepower). At level 90, this build for Iron Hands is enough to solo most six-star Tera Raids.

Related: How to get Iron Hands in Pokémon Scarlet & Violet

A typical Tera Raid run with Iron Hands should have it using Belly Drum from the get-go, which raises its Attack by six stages, and then one of the three STAB moves on the list. Since Belly Drum cuts down HP, Drain Punch is the safest move you can use.

However, if your opponent is weak to Fighting-type moves, weak to Electric-type moves, or has a low base Defense like Talonflame, use Close Combat or Wild Charge. This will either one-hit KO the Tera Pokémon or cut its HP down to at least 20% health. After this, just spam Drain Punch until the shield goes down, then use either Close Combat or Wild Charge again to finish them off.