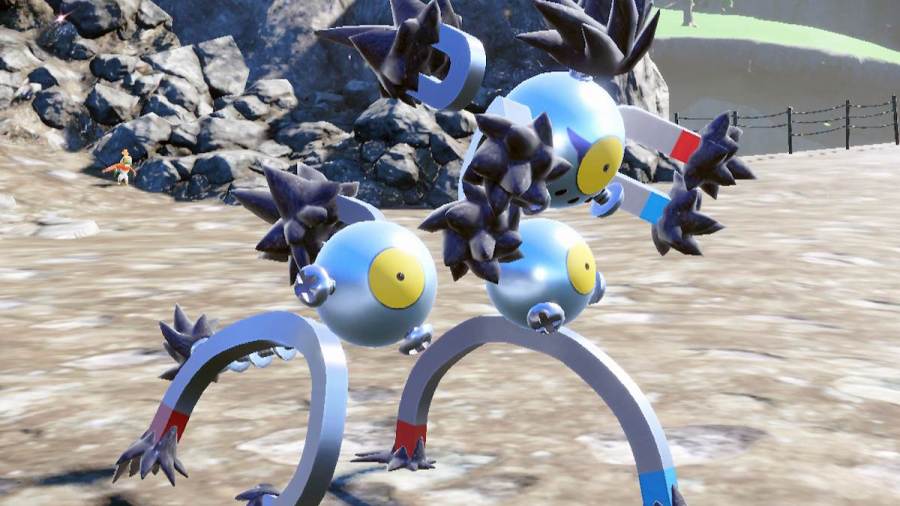 Both Magneton and Magnezone boast huge Special Attack stats. Where Sandy Shocks (an alternate version of Magneton) differs from them, though, is a usable speed stat. Max Speed Sandy Shocks can outspeed Espathra, Quaquaval, Volcarona, and plenty of other annoying threats. On Sun teams, Sandy Shocks becomes even more deadly as well.

Thanks to its stat build, Sandy Shocks makes a perfect Choice Specs wallbreaker. Thunderbolt and Volt Switch are the bread and butter for Electric-type attackers. Earth Power allows it to hit Tyranitar and Clodsire, two Pokémon who excel at sitting in front of Special Attackers. Power Gem is also a great option for hitting Volcaronas that think they can Quiver Dance in front of Sandy Shocks.

What are the best counters to Sandy Shocks?

With a Choice Specs set, it's really difficult finding anything that switches into Sandy Shocks' attacks. The sole exception would be Blissey, who eats every special attack known to man. There are certain Pokémon who use Assault Vest that can counter Sandy Shocks as well, Iron Hands being one.

Outside of that, offensively checking Sandy Shocks is often the way to go. Even though its Speed tier is nice, Meowscarada, Dragapult, and Chien Pao all still outspeed it. This won't be the case if Sandy Shocks gets its Speed boosted in Sun, however.