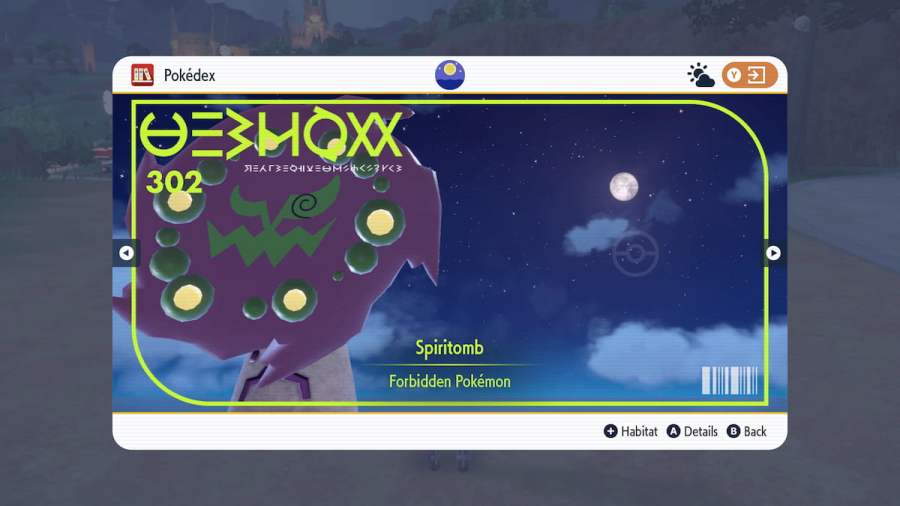 Spiritomb's unique Typing of Ghost/Dark is only shared with Sableye in Pokémon Scarlet & Violet, making it fairly good defensively. Spiritomb's offensive capabilities aren't too bad, and it has an equal amount of Attack and Special Attack. Whether players are trying to get through the main game or use Spiritomb for VGC, what it does well stays largely the same between a casual playthrough and a competitive one. These are the best moves for Spiritomb in Pokémon Scarlet & Violet.

Best build for Spiritomb in Pokémon Scarlet and Violet

Spiritomb has great bulk and resistance to Poison with three immunities in Normal, Fighting, and Psychic Type moves. There are two gimmick sets that Spiritomb can take advantage of and they are very different from each other:

Pain Split will have to be learned through either breeding or the Mirror Herb, but it is Spiritomb's best way to recover HP. Because Spiritomb has equal Defense and Special Defense, it doesn't have to worry much about being hit on either side. For its offensive moves, without Nasty Plot, its best options are Sucker Punch and Shadow Sneak because they are both priority moves that will usually move first. With Nasty Plot, Shadow Ball and Dark Pulse are strong Special moves in which Spiritomb can deal damage and recover its HP with Pain Split.

Using Spite, Spiritomb can make Pokémon start to struggle in combination with its Ability, Pressure. Pressure will cause opposing Pokémon to use two PP when using a move, while Spite will remove that move's PP by 4. Using Pain Split to recover HP, Spiritomb can quickly stall out the opposing Pokémon until it Struggles and can't do anything but the damage itself. Will-O-Wisp will reduce the Attack of Pokémon, making this set very effective against Pokémon with Physical moves.

What are the best counters for Spiritomb?