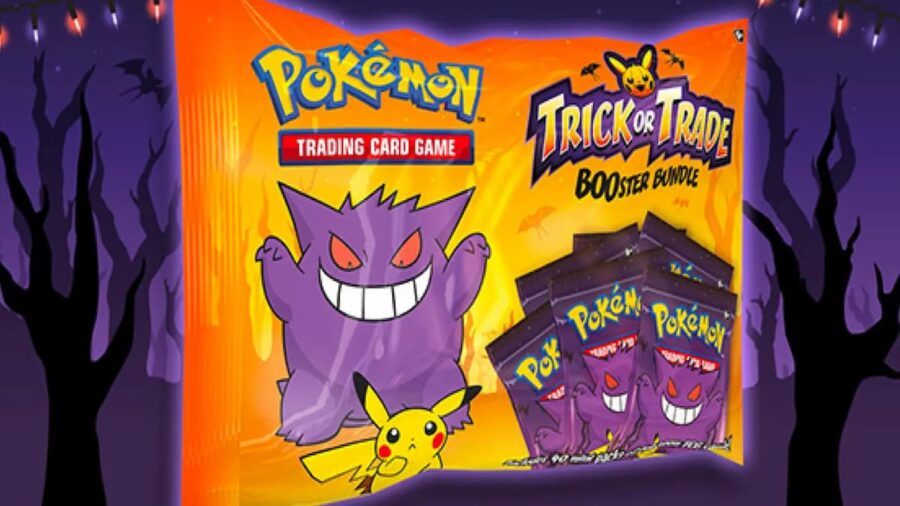 Now that Halloween is right around the corner, the Pokemon TCG has issued a new set celebrating All Hallows Eve. This will be good news for fans of spooky Ghost-type Pokemon. The cleverly named Trick or Trade Halloween BOOster pack has 30 cards depicting some of the scariest Pokemon.

Original reports said this BOOster pack was set for a September 1st release. The cards actually made their way into stores a week prior, though. The set features Pokemon from each generation, from the original 151 to those found in the Galar Pokedex. They've also included 10 Holographic cards in the BOOster pack.

Which Cards are in the Trick or Trade BOOster pack?

Even though some of these Pokemon aren't Ghost-type or Dark-type, they all have a bit of creepy lore attached to them. Darkrai feeds on the dream of children, while Mimikyu hangs out in a haunted supermarket in the Alola region. Even Mewtwo was created in a Frankenstein-like experiment.

Which Cards from the BOOster pack will be Holographic?

All of these cards were actually printed earlier. What makes them part of the set is the Pikachu Pumpkin stamp fans can find on the bottom right corner of the artwork box. Fans can even purchase the entire set as the Trick or Trade BOOster Bundle, selling for $14.99.