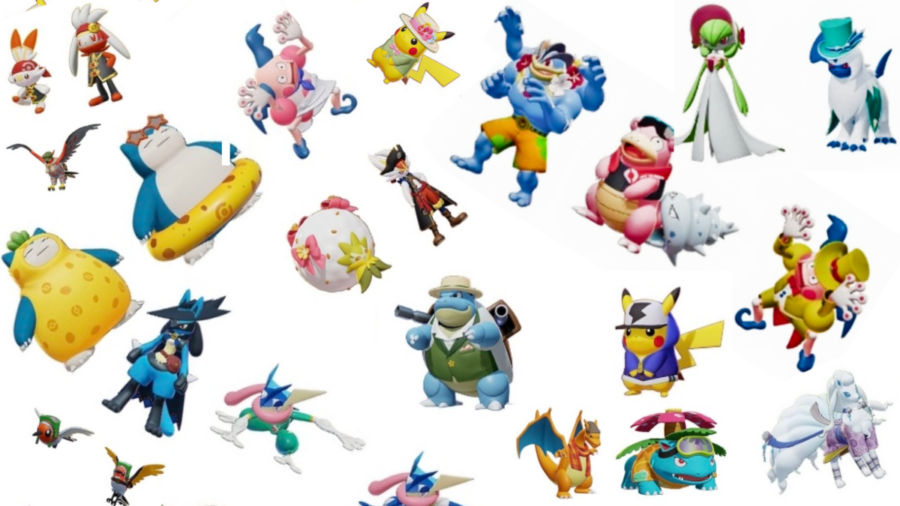 Numerous Pokémon fans took advantage of the beta testing for the upcoming MOBA, Pokémon Unite; whether it was their region's time frame for the beta, or not! Needless to say, some of the character skins for the game have leaked and fans are ecstatic.

All Skins in Pokémon Unite

Pokémon Unite's beta test has debuted a total of 26 character skins for some of the Pokémon that will be available to players, upon the game's release. With Pikachu in a blue hoodie or a pink bowtie with a white flowered hat, Snorlax in a floatie and sunglasses or a full blown onesie bathing suit and Charizard, ironically wrapped up in a scarf and beanie hat; players are sure to have the most fun with some of their favorite characters, in style! Take a look at all skins in Pokémon Unite.

Some of the Pokémon characters have debuted with two different skins to choose from, some have only debuted one and others show each skin for different evolutionary phases that unlock when the Pokémon levels up. Here's a brief description of all 26 skins that the game's beta has revealed, starting with single skin characters.

Players can get a step ahead of the game and any potential opponents by getting a peek at Pokémon Unite's battlegrounds! Take a look at our list, that includes tips of All Maps and Battle Arenas in Pokémon Unite.

How to unlock Crustle in Pokémon Unite