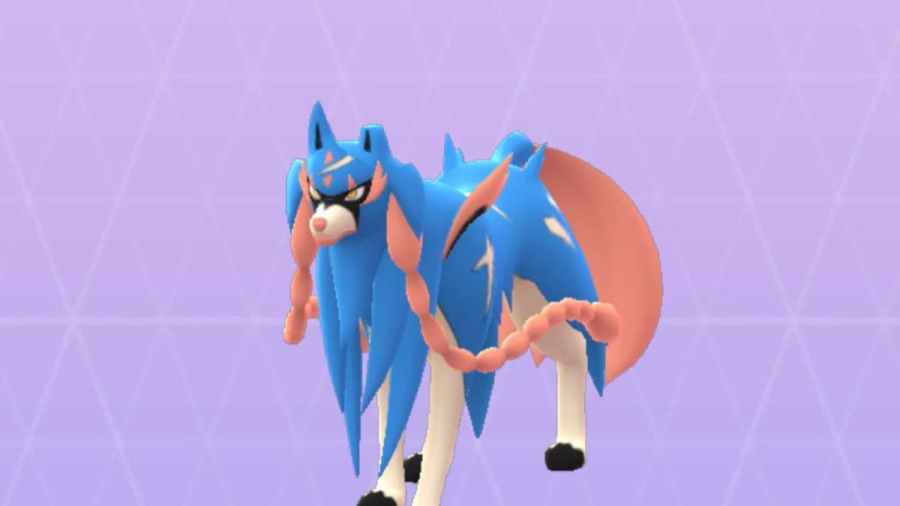 Zacian and Zamazenta, the title legendaries from Pokémon Sword and Shield, have been featured as Raid Bosses in Pokémon GO. Unfortunately, neither of these two Pokémon can be shiny when encountered in the game. Shiny Pokémon are highly sought after, and these legendary Pokémon may receive their shiny forms later, possibly during an event.

How do you catch Zacian in Pokémon GO?

This Pokémon, and its partner legendary Zamazenta, are found in Five-Star Raids and can only be taken down with a team of trainers. Players should look for the signature blue legendary Raid egg that signifies a powerful Pokémon's presence. This legendary is a Fairy-type which gives it some great resistances and makes it more difficult to defeat. Players should choose their team, and moves, carefully when facing off against Zacian.

To take down Zacian, Players should bring a Steel or Poison-type Pokémon into battle and be sure to equip them with some powerful moves. Metagross, Roserade, and Dialga are great options as they have access to great Poison/Steel moves that can damage Zacian in battle. A full team of trainers equipped with Pokémon like these can make quick work of Zacian. If players are still struggling with Zacian, moves like Bullet Punch, Meteor Mash, Poison Jab, and Sludge Bomb are great choices.

Interested in other helpful Pokémon GO guides and want to read more? Check out Best Moveset for Palkia in Pokémon GO on Pro Game Guides!

Can Zacian be shiny in Pokémon GO?