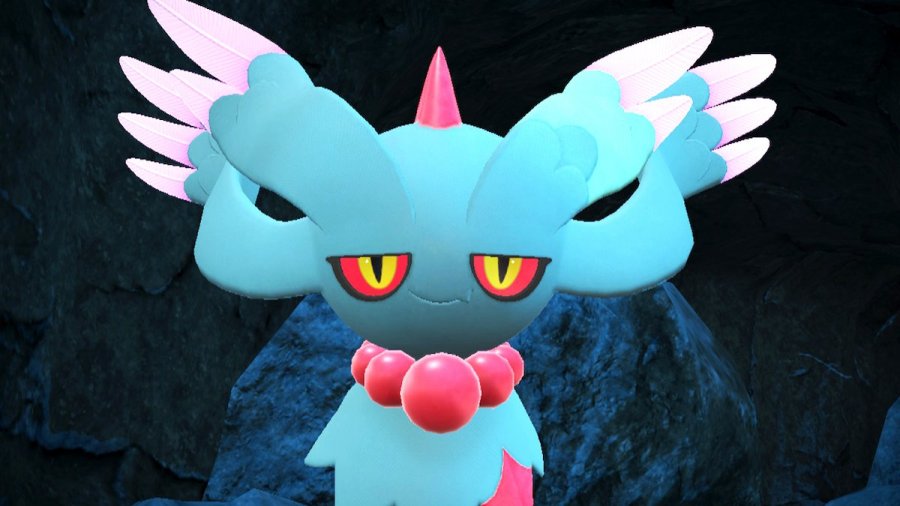 Flutter Mane may soon be banned in two metas. It's already been banned in OU, and now it's being suspected in Monotype. This has been the subject of heated debate. Some feel like this past form of Misdreavus is fine for the game, as it's checked by Pokémon that learn Sucker Punch and Shadow Sneak. Is there really enough out there to stop Flutter Mane, though?

To understand this debate, one must first understand why Flutter Mane is such a problem. The big issue is that it has ideal stats for any Special Attacker. Both its Special Attack and Speed are base 135; that means it outspeeds threats like Meowscarada, Roaring Moon, and even Jolteon.

What's even more frustrating for players is that Flutter Mane has 135 base Special Defense. This makes it almost impossible for other Special Attackers to revenge KO Flutter Mane except for Choice Specs Dragapult (any other Dragapult won't KO with Shadow Ball).

Dragapult is the only thing that outspeeds Flutter Mane without a Choice Scarf or a speed-boosting move. So, if it practically outspeeds everything, and has enough power to KO most things, shouldn't it just be considered broken?

Related: What is Pupitar’s evolution level in Pokémon Scarlet & Violet?

Well, there is one thing that many players feel keeps Flutter Mane in check: priority. Many moves that go first (Shadow Sneak, Bullet Punch, Sucker Punch, etc.) can hit Flutter Mane pretty hard. This allows certain Pokémon, like Scizor and Kingambit, to be fairly reliable counters.

These counters don't even work all of the time, though. Brambleghast can kill Flutter Mane with a Shadow Sneak, but only when holding a Choice Band. Most of the other Pokémon that use Shadow Sneak (Sableye, Spiritomb, etc.) won't get a full KO.

Most Pokémon that learn Sucker Punch can beat Flutter Mane, most notably Kingambit, Lokix, and Chien Pao. This introduces another issue, though: Flutter Mane can learn Substitute. This means that it can set up a Sub, ignore the Sucker Punch (since it only hits if the opponent clicks a damaging attack), and start a sweep from there. With that being the case, it's hard to see any meta allowing Flutter Mane with the exception of Ubers. This is what makes it, with the exception of Legendaries, a contender for most powerful Pokémon ever.

Is Flutter Mane the most broken non-legendary in Pokémon history?