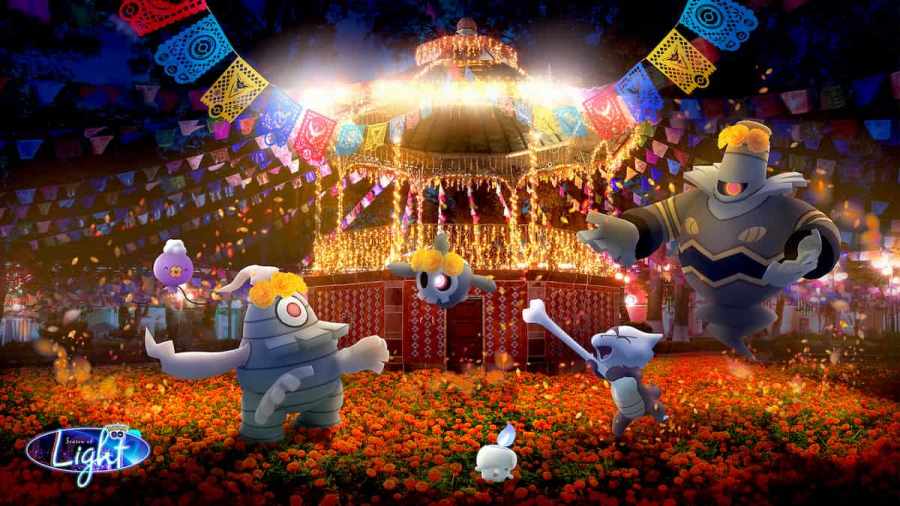 Niantic has announced the Día de Muertos celebration for 2022. It is not the only event happening in November, but this one will bring exclusive costumed variants of the Duskull evolution line and a few other things for players to enjoy. The event will run from November 1, 2022, at 10am local time until November 2, 2022, at 8pm local time.

Duskull, Dusclops, and Dusknoir will all have costumes during this event. The Pokémon will be wearing cempasúchil crowns to celebrate Día de Muertos. These variants have not been seen in the game before, so players should be sure to grab them while they're around. Duskull can be caught in the wild, from Field Research, Incense, or Raids during the event, and then evolved into the other two Pokémon.

There are a few Event Bonuses for players to take advantage of during this event. You can find the full list below.

A few new Pokémon appear in the wild during the Día de Muertos 2022 event. You can find the full list below:

Players can also obtain some new Avatar items from the shop during the event. The image above shows some items with which players can customize their Avatars. These items will cost Coins which players can get from participating in gym battles and holding on to a gym for a certain amount of time.