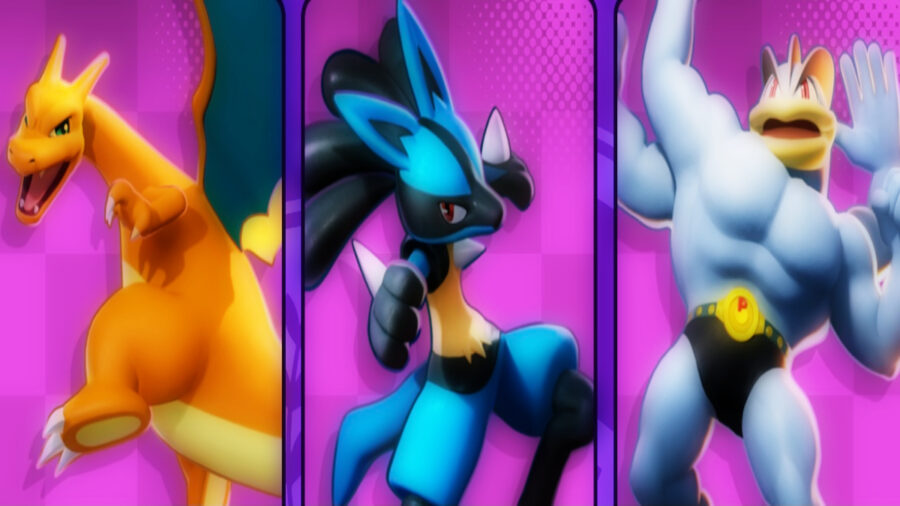 Each class in Pokémon Unite groups the Pokémon together based on their strengths and weaknesses. The All-Rounder class have balanced offense and endurance stats and they are extremely ferocious fighters on the battlefield.

These abilities and Items are selected to help build up the Pokémon's overall skills and assist in overshadowing their weaknesses. Take a look at the best All-Rounder builds in Pokémon Unite.

This build ultimately focuses on evolving Charmander up to Charizard as quickly as possible to do the most melee damage and dominate the end of the match with its Unite Move.

This Lucario build evolves around placing the Pokémon in the center of battles to assist teammates in crushing enemy Pokémon and scoring points with the collected Aeos Energy from defeated Pokémon.

This Machamp build is quite true to the Abilities and Items assigned to it. Cross Chop and Scope Lens deal in highly critical damage and Submission is a great support skill to use to assist teammates; especially the Speedsters.

This Garchomp build is basically an attack and retreat type of strategy. Use Dragon Rush while at a distance and when the opponent is low in HP, use Earthquake to finish them off.

The highly anticipated MOBA game is releasing soon! Be sure to check out All Maps and Battle Arenas in Pokémon Unite and the Pokémon Unite: Best Speedster Builds.