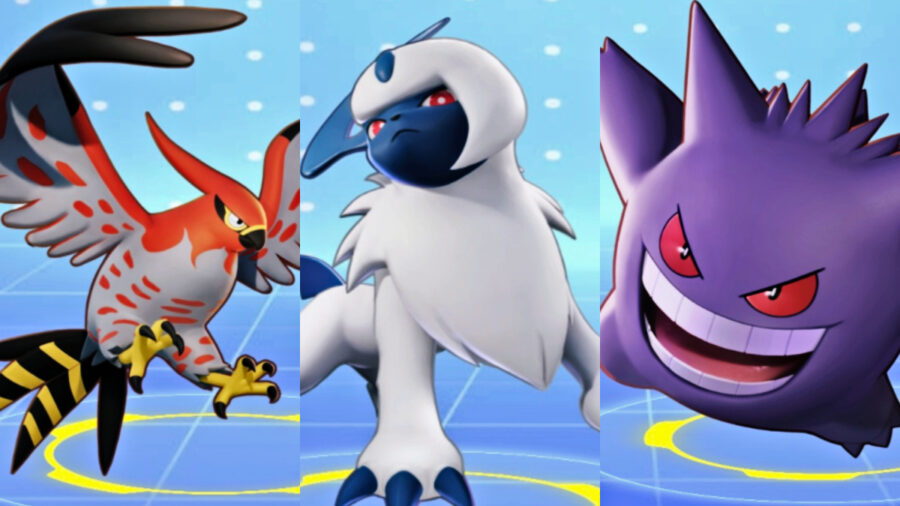 Each class in Pokémon Unite groups the Pokémon together based on their strengths and weaknesses. The Speedster Class of Pokémon in Unite have high mobility and offense stats and they also excel in making quick attacks against opposing Pokémon and scoring points for their team.

These ability skills and Items are assigned to assist in shadowing the Pokémon's weaknesses. These builds are set according to their classes, stats and gameplay. Take a look at our list of the best Speedster Builds in Pokémon Unite.

The focus on this build is the Ability Brave Bird. With the Items to match, the Ability will give four times more damage dealt to enemy Pokémon.

This Absol build is best for securing enemy kills and assisting teammates to score goals. Hit enemies with Psycho Cut and then chase them down with Pursuit for a guaranteed kill every time.

Poisoning enemies with Sludge Bomb then hitting them with the Hex ability will ultimately deal the greatest damage to opposing Pokémon. The Item Energy Amplifier will help boost these attacks after using their Unite Move.

A Mythical Speedster Pokémon has been added to the Pokémon Unite roster, for players to unlock upon the game's release! Check out all the details needed on How to get the Mythical Zeraora in Pokémon Unite.