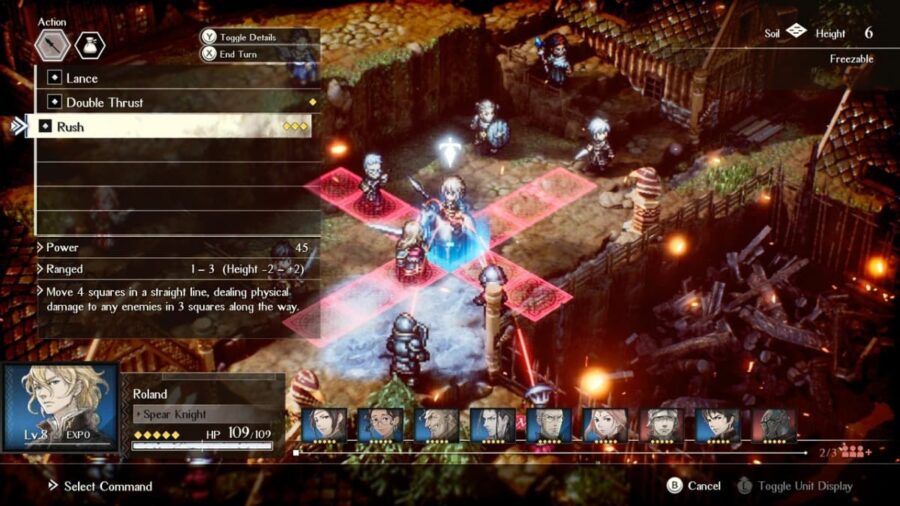 After the success of Octopath Traveler, it's unsurprising that the team behind this Switch classic has another game in the works. In the September Nintendo Direct, Square Enix gave more information on the anticipated strategy game, now titled Triangle Strategy, including a release date.

Square Enix's latest RPG, Triangle Strategy, releases on March 4, 2022, for the Nintendo Switch. Preorders for the game are available on the Nintendo eShop from September 23, 2021. Fans who played the demo will be happy to hear that the team behind Triangle Strategy has implemented changes to the upcoming game based on player feedback. More information on this is sure to come in the following months.

The previous title, Octopath Traveler, is also available for purchase both digitally and physically now. While Octopath sported a turn-based combat system, Triangle Strategy aims to add a strategy system more akin to recent releases like Fire Emblem: Three Houses. Those interested in learning more about Triangle Strategy can head to the Nintendo eShop and download the free demo to get a feel for the gameplay and see if it's right for them.

For more on Square Enix's upcoming titles, like the eagerly awaited Final Fantasy XIV Online: Endwalker, be sure to stay tuned to Pro Game Guides.

Full list of changes in Triangle Strategy prior to release