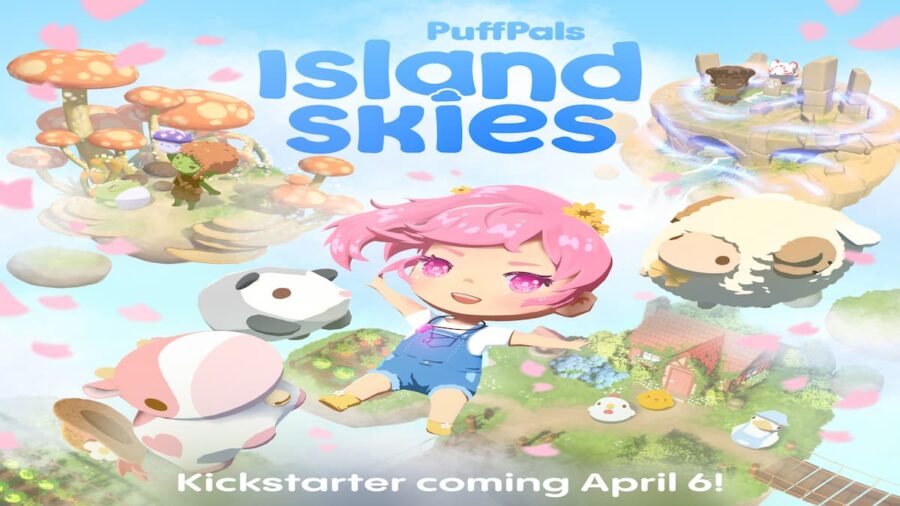 Kickstarted as an excellent place to check when you are looking for the next up-and-coming indie title, and that's just what PuffPals: Island Skies appears to be. It's one of the most charming simulation titles to grace the platform, and the animal designs will make any Animal Crossing fan happy. It even recently smashed its funding goal.

At the time of writing this, PuffPals: Island Skies Kickstarter has amassed over $600,000, far exceeding its goal of $75,000. The Kickstarter is being done by Fluffnest, a stuffed animal brand and Stationary who have run multiple Kickstarters in the past. The game is set to feature many of their brand's plushie pals and NPCs in the game.

Related: My Time at Sandrock hits Early Access in May

The game will feature farming, home decor, items to collect, and exploration. Many of the stretch goals for the title have also been reached, including one for a Nintendo Switch port. The game is currently predicted to be ready for final release in 2025 and should be available on PC, Switch, and mobile platforms.

For more on games like PuffPals: Island Skies, check out When is Wylde Flowers coming to PC and Console? on Pro Game Guides!