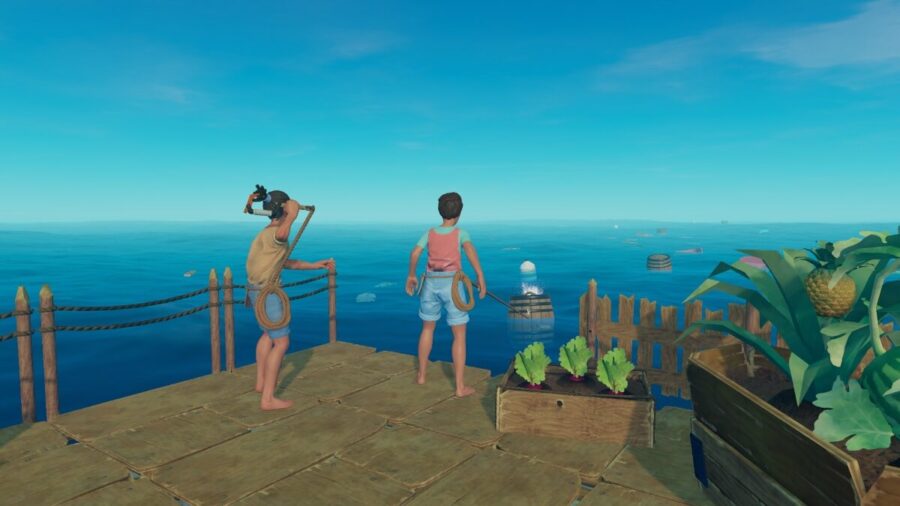 Here you will find a list of several mods that we consider some of the best for the survival game Raft.

The Best mods for Raft

Raft is a fun game on its own, but with the inclusion of mods, things can only get more enjoyable, so here are some of the best mods we found for the game. However, before downloading any of these mods, please note that you will need the Raft mod loader installed before you can use any of them.

Player compass is a fun little mod that adds a compass to the top of your screen so that you can find friends or other players easier.

This mod adds seven plots that will allow you to set up a much more efficient farm that doesn't take up any unnecessary space. You can also use any type of seed in these farming plots.

Toggle Sprint is a simple mod that does exactly as the name suggests and adds an option to toggle sprint in Raft.

The Leaves & Co. As Compost mod makes it so various items such as leaves and feathers can be used to make BioFuel. Here's the full list of items that can be turned into biofuel with this mod.

More Storages is a fun mod that adds various storage items such as barrels, chests, and cardboard boxes.

Garbage Sucker is a handy mod that adds an item that sucks garbage and various other items out of the ocean and puts them inside chests.

Cinema Mod is a fantastic mod that allows players to build and set up large TVs that can play twitch streams, YouTube videos, and other online and local media files.

Solar Panel is a mod that adds solar panels that, when placed, will allow you to recharge your batteries.

More Rare Animals adds the ability for players to change the spawn rate for rare animals with the addition of three commands, as listed below.

Item Spawner is a cheat mod that allows players to spawn items, animals, and even landmarks when they press f8 in the game. Pressing F8 will open a new cheat Creative Menu that even includes an option to spawn modded items.

For more on Raft, we at PGG have you covered with guides like How to build and use an engine in Raft andHow to research items in Raft.

How to build and use an engine in Raft

How to research items in Raft

How to stop shark attacks in Raft

How to get Vine Goo in Raft

Raft: How to Get Sand & Clay

Raft: How to Get Dirt – Shovel & Where-to Find and Obtain It!