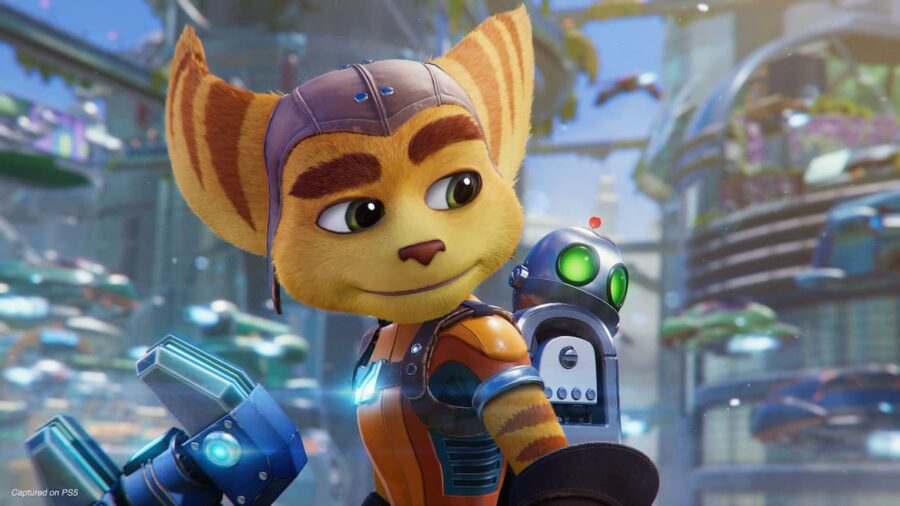 With near-nonexistent load times and Pixar-like graphics, Ratchet & Clank: Rift Apart is a technical feat on the PS5. With all that technical fidelity, however, you cannot save the game yourself, at least not in the traditional method. In most cases, this isn't a huge deal.

If you press the Options button while playing Ratchet & Clank: Rift Apart, you won't find a manual save option. This is because the game autosaves while you play, and there are about eight different saves you can load into from the start menu. Ultimately, the autosaves are frequent enough to prevent the player from worrying about a potential crash or power outage.

In the case that you do not want to immediately resume where you've left off, close the game and relaunch. Upon opening the game, select your save slot. Instead of pressing Resume, press Load Game. This will present a list of save points made by the game, and in our case we were able to select a load point as far back as two hours prior to the most recent save.

Related: Is the Ratchet & Clank: Rift Apart deluxe edition worth it?

Ratchet & Clank: Rift Apart allows you to create six different save slots upon starting the game, but this is not the same as saving-in game. These six save slots serve as different playthroughs, which help if you want to start the game on a different difficulty or if you intend on hunting for all of the game trophies.

Even if you experience a power outage or the game crashes, Ratchet & Clank: Rift Apart autosaves frequently enough where you won't lose much progress. Don't worry, Insomniac Games has your progress covered with the autosaves.

Ratchet & Clank: Rift Apart – how to get high zurpstones with Trudi

Is the Ratchet & Clank: Rift Apart deluxe edition worth it?