Our Red Dead Redemption 2 money making guide will help you learn how to get cash quickly and efficiently. You'll be able to hunt down bounties and animals, loot, rob, and steal your way to riches in RDR 2. There's even some treasure to be found and located if you find the right maps and have the ability to track it down.

There are a ton of different ways to make money in Red Dead Redemption 2! Most of the time you'll be doing things outside of the law, so be sure to have yourself a good disguise and some clothes you exclusively use for misdeeds. One of the perils of living outside of the law is accumulating a bounty. If you aren't careful this can rack up quite quickly, especially when you need to shoot yourself out of a predicament.

Money can be used in many different ways in the game. You can buy the hottest clothes, grab the finest weaponry, and get yourself the fastest horse money can buy. You can also use it to upgrade your camp, which will give your gang better living conditions and make things easier for you in the long run!

Head to the Sheriff building and you'll find a poster with a bounty on it. Grab it off the wall and head to the area listed on your map with the bounty. Sometimes you'll be required to bring in the bounty alive, so use your lasso and hogtie the person. You can then grab them and throw them on your horse. Bring them back to the Sheriff office for some easy money.

Glitch Your Way to Riches

While I think this is a pretty lame way to make money and I don't recommend it to anyone wanting to have fun with the game. You can use a glitch to gain up a ton of money. This will likely be patched out relatively soon, so if you just want a bunch of money right up front then you might want to do this rather quickly. This glitch will allow you to duplicate a bunch of gold bars which you can sell for a ton of profit at the fence. To do this glitch, check out the following video:

Hunting seems pretty simple right off the bat, but there's actually a bit more detail to it to get maximum value out of it. When you are hunting you will want to sneak up on your prey or at the very least keep your eye on it with so you can hit the "study" key. If you study the particular animal, it will give you a star rating on what kind of pelt you will receive from it. Three stars is the best, and will lead you to getting a perfect pelt. Once you've found yourself a three star animal, you will then need to kill it correctly. This depends on the type of animal you are hunting. If it is smaller game you need to use the Varmint Rifle or a Small Game Arrow. For bigger things, you can use a rifle or scoped sniper rifle. If you hit the "Show Info" button, it will tell you in the description what you need to use exactly for the clean kill. Once you have that situated, you will then need to make sure you land a fatal shot on it. The head is the safest place to aim, but if you have leveled up your Dead Eye, it will show you where else you can aim for the fatal blow. 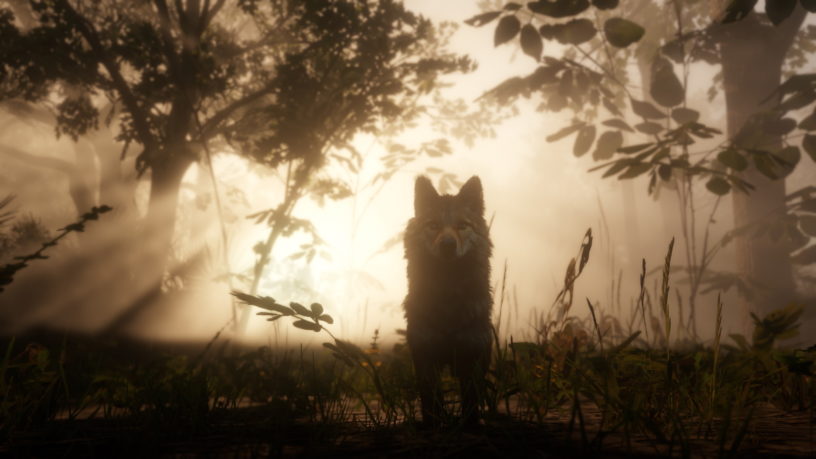 You can stow a bunch of pelts onto your horse, so be sure to take down a bunch of animals when possible before heading back to sell them. Once you are ready to sell to the butcher, you should take a carcass of a larger animal and throw it on your horse and get the full value from the animal.

This sounds obvious, but a lot of times you'll have someone yelling at you to hurry up and move while there's bodies to loot! Ignore their hollering and proceed to loot as much as possible until someone reports the crime. All of these items can be sold at the Fence, which is how you off-load illegally procured items. You don't get access to a fence in the early game, so continue to do story missions until it opens up for you. Looting the bodies will get you lots of various rings and belt buckles which sell pretty well at the fence.

You can just flat out rob people if you'd like. If you plan on doing this be sure to wear a mask and an outfit you don't wear for anything but robbing. The best way to do this and easily get away with it, is to go to people who are out in the middle of nowhere. If you are riding around, you'll sometimes see smoke from fires. These indicate a camp, head over to there and stick this people up. If they give you any guff, you can kill them and loot their bodies.

Just about any store you can walk into can be robbed. This is a good quick way to get some money, but obviously is a bit on the evil side, so if you are trying to play a more upstanding citizen you might not want to do this. There are some things you'll want to do to get this done correctly.

The first part is making sure you wear a bandanna or a mask while you commit the robbery. If you commit the crime and people see your face you will get a bounty and will end up having to pay back a lot of the cash you just earned. You can purchase a mask at any of the general stores in the clothing portion of the catalog. 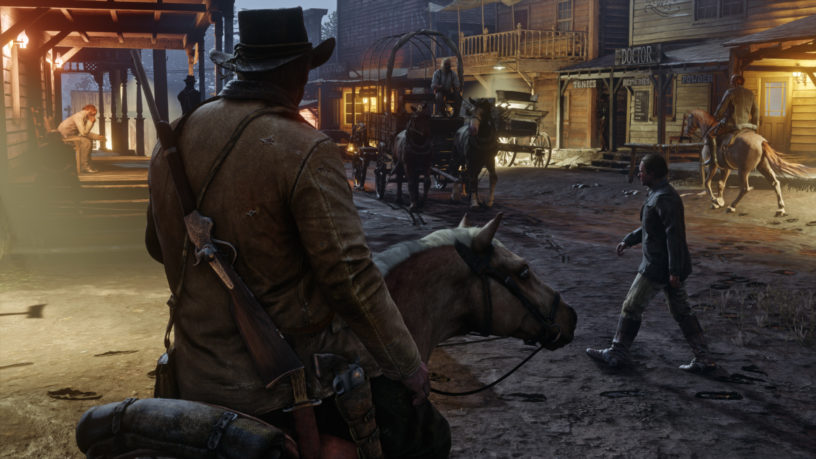 Another key to this is wearing an outfit you don't put on often. Believe it or not, if you wear the same outfit you typically wear around town you can get spotted for it. This is a pretty interesting realism feature that doesn't just allow you to just take your mask off and get away scot-free. I would make a custom outfit for yourself, and use some stuff you don't plan on wearing. You can stow this on your horse as one of the outfit option so you can quickly change into it on the go.

Make sure your horse is nearby and you have your mask and outfit on, and then head into the store you want to rob. You'll see the option to pull out your weapon and you can point it at the cashier. You can either choose to shoot them or just stick them up. Go to the cash register and take all them money. Once you got the cash, head out to your horse and run for it! As long as you aren't seen by any lawmen then you should be fine. After you are in the clear, be sure to change your outfit and only use it when you are planning to do some heinous activities.

Yes, believe it or not you can rob trains outside of the standard mission. You'll hear and see them coming, so once you do be sure to strap on your mask and head towards it. If you run alongside it with your horse and jump onto the train. You will need to take down some guards, but once you do you can stick up all of the passengers and then take whatever you can from the baggage cart. You'll need to do this quickly, because the law will be alerted of the robbery and start heading towards you. Hopefully your horse is still nearby, I recommend whistling for it right as you get on the train so it will follow along. Jump off the train and get away with all of the loot!

The first fence you will get access to once its available allows you to steal stagecoach and bring them to him. You can very easily jump on the carriage or just shoot the driver when you find one driving down the road. Once you've dispatched of the driver and any witnesses, you can then take it to the fence and drive it into the barn. You will then be paid for your troubles, this is a real quick and easy way to get some cash.

Usually this isn't the care, but in RDR 2 you get quite a bit of cash from just doing some story missions. A lot of the missions have you doing some nefarious things, so you end up getting quite a few big scores and this leads to some fairly easy cash when it comes down to it. You also end up usually killing quite a few people which you can then loot and sell the items to the fence for a nice tidy profit.

Through various means in the game you will come across treasure maps. These can be very lucrative and net you quite a bit of Gold Bars that you can sell to the Fence for a lot of money. The first Treasure Map that you are likely to come across is the Jack Hall Gang Treasure. If you don't want to solve the treasure map yourself, you can find the locations needed in this video:

Another treasure map is called the High Stakes Treasure.

And finally there's the Poisonous Trail Treasure Map which will yield you some more Gold Bars.

How to get gold in Red Dead Redemption 2 Online

How to earn XP fast in Red Dead Online

Where to buy masks in Red Dead Online