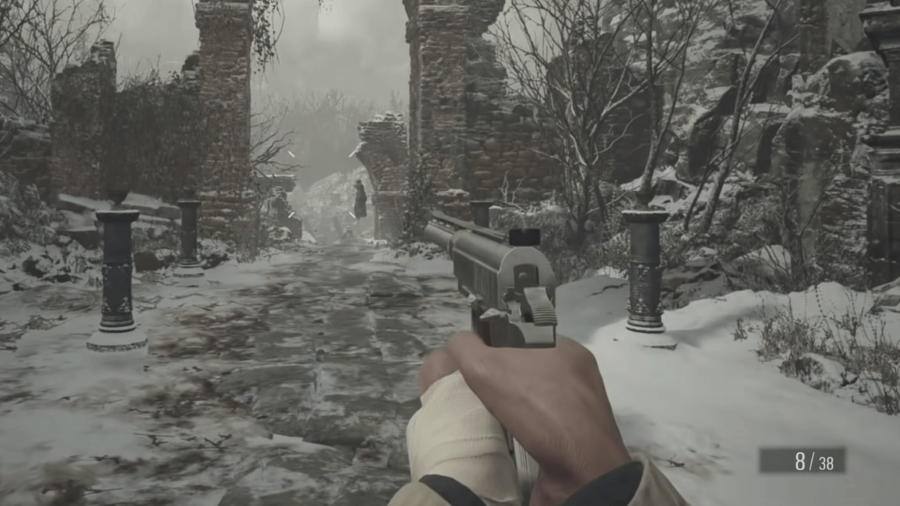 The S.T.A.K.E. Magnum is a semi-automatic weapon with a fire power that trounces the standard pistols of Resident Evil Village. If players plan on completing the campaign multiple times, adding the S.T.A.K.E. Magnum to their arsenal is a must. This weapon just won't be available from the get-go.

Players can only purchase the S.T.A.K.E. Magnum in New Game Plus, which is unlocked after beating the RE: Village campaign for the first time. Upon meeting the Duke before entering Lady Dimitrescu's Castle, he will have the S.T.A.K.E. Magnum available for 300,000 Lei. With one glance at the gun's stats below, it should immediately be apparent why players should make the purchase.

With a fire power of 2,000, the S.T.A.K.E. Magnum beats the M1851 Wolfsbane Magnum (Power 1,700), aka the Moreau's Hidden Weapon treasure found near Moreau's Lab. The best uses for the S.T.A.K.E. come up against main bosses, particularly Moreau, and powerful monsters such as armored lycans and werewolves. In addition to New Game Plus, the S.T.A.K.E. Magnum is useful for higher difficulties such as Hardcore and, especially, Village of Shadows.

The S.T.A.K.E. Magnum has two attachments, both of which can be purchased from the Duke for Lei.

Of course, the weapon stats of this weapon can be upgraded six times for additional Lei, which we recommend doing.

How to get the S.T.A.K.E. Magnum in Resident Evil Village