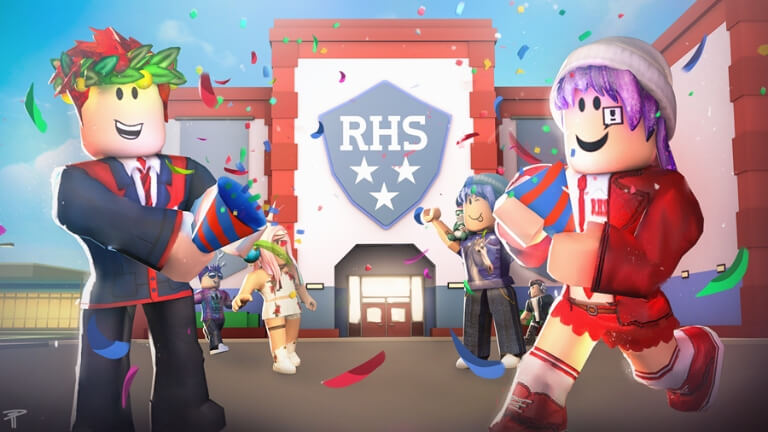 Unsurprisingly, the Graduation Update will give students the opportunity to graduate from RHS2. What this means exactly remains to be seen, but Cinder Studio promises many rewards, with more details to come closer to launch. Who knows, maybe students will move on to Roblox University?

This could be the case, as the entire RHS2 map will be overhauled in HD, the first major design update since the game released. Brand new areas and jobs have been promised, so it makes sense that a special RHS university would be under construction. While this is in no way confirmed, we'll just have to take this as speculation for now.

New graduates should also be excited for the brand new customization options being added to RHS2. The avatar editor and house editor will be redesigned with "special, custom-made items," new features,  and quality-of-life improvements.

Cinder Studios has promised that popular features from RHS1 will return in the Graduation Update, along with updates to all existing minigames.

Beta testing for the RHS2 Graduation Update starts in Spring 2021. To find out when testing officially begins, follow Cinder Studios on Twitter, or check back here for more details.

How to get steel rods in Roblox Islands?